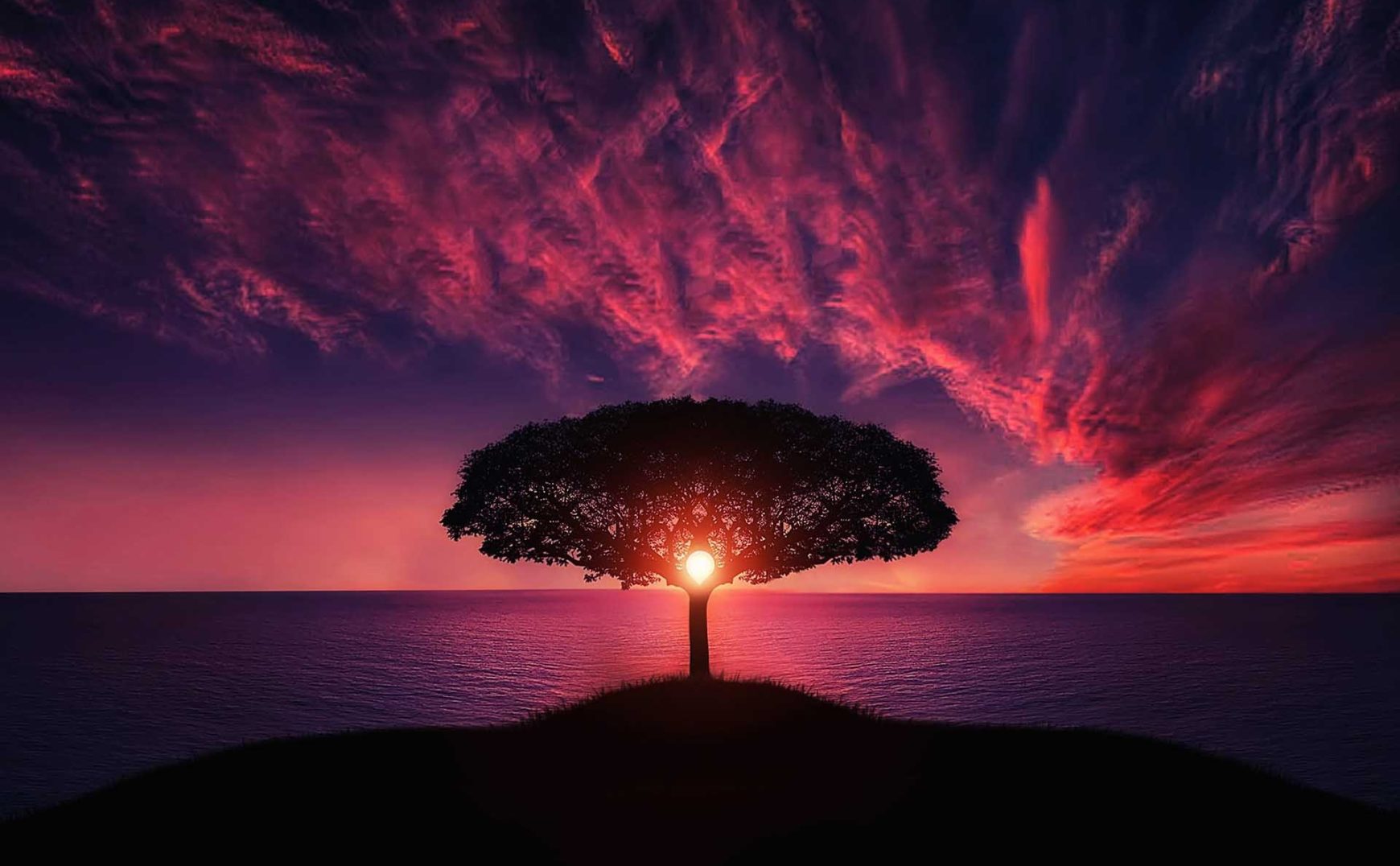 I was first prompted to read C.S. Lewis’ work Miracles while listening to a lecture by the late Dr. Walter Martin with the same name. In this lecture, Dr. Martin relies heavily on Lewis’ work to refute claims leveled by the philosopher David Hume who has done much for the cause of skeptics by attacking miracles in an extremely convincing way. Along with Lewis’ book, I also recommend this lecture which can be found in the footnotes.1

In our modern world, religion and the supernatural is often looked down on by the irreligious. These things are viewed as illogical and irrational. On the flip side, many who are “spiritual” and recognize the existence of the supernatural do not see any reason to view the miracles of the Christian religion with any sort of exclusivity or superiority. All claims of religion, spirituality, god(s) are equally valid. To both of these groups, C.S. Lewis has a response in Miracles.

The Scope of This Book

C.S. Lewis’ book Miracles is not so much a book about specific miracles or the historical evidence of miracles. Instead, it is a book on the possibility and probability of miracles. While Lewis does take some time in the latter portion of the work to address Biblical miracles, his focus is primarily on addressing the claims by Naturalists that miracles cannot happen and he seeks to show that there is no reason for thinking this. Indeed there is much reason to think to the contrary.

The main questions Lewis seeks to answer are:

At the outset of his book, Mr. Lewis makes it clear that our acceptance or rejection of miracles is primarily a matter of worldview and presuppositions. If someone has a “supernatural experience” it is not enough to convince them of the existence of a supernatural reality. We interpret our experiences in light of our worldview. Someone who thinks they have just seen a ghost but doesn’t believe ghosts are possible may begin to rationalize their experience and reinforce their presupposition by reminding themselves that, because ghosts aren’t real, they must have been hallucinating. Lewis comments on the importance of our worldview in interpreting experience by saying:

If anything extraordinary seems to have happened, we can always say that we have been the victims of an illusion. If we hold a philosophy that excludes the supernatural, this is what we always shall say. What we learn from experience depends on the kind of philosophy we bring to experience.2

From here, Lewis moves on to defining two broad worldviews, the Naturalist view and the Supernaturalist view. He takes great pains in defining these systems and explains in detail why he defines them the way that he does. He starts by defining nature as “what happens ‘of itself’ or ‘of its own accord’; what you do not need to labour for, what you will get if you take no measures to stop it.”3

In the Naturalist perspective, Nature exists in its own right and it exists alone. there is nothing outside of it affecting what is within it. All things exist within the system of nature and each event that takes places does so as a result of the events that precede it: “Each particular thing is what it is…because other things are what they are.”4

Lewis sums all of this up by saying:

The Naturalist believes that a great processes or “becoming,” exists “on its own” in space and time, and that nothing else exists…This single, total reality he calls Nature. The Supernaturalist believes that one Thing exists on its own and has produced the framework of space and time and the procession of systematically connected events which fill them. This framework, and this filling, he calls Nature.5

Upon defining these terms, Miracles moves into argumentation to demonstrate that the Naturalist position is an untenable one and corrects Supernaturalist arguments along the way. Some (though certainly not all) of these arguments are:

In terms of correction, Lewis addresses a common definition of miracles that claims that miracles are a breaking of natural law. He is quick to reject this. Instead, he states that miracles are the invasion of nature by the supernatural. Giving an example, he says:

It is therefore inaccurate to define a miracle as something that breaks the laws of Nature. It doesn't. If I knock out my pipe I altar the position of a great many atoms: in the long run, and to an infinitesimal degree, of all the atoms there are. Nature digests or assimilates this event with perfect ease and harmonises [sic] it in a twinkling with all other events. It is one more raw material for the laws to apply to, and they apply...If God annihilates or creates or deflects a unit of matter He has created a new situation at that point. Immediately all Nature domiciles this new situation, makes it at home in her realm, adapts all other events to it. It finds itself conforming to all laws. If God creates a miraculous spermatozoon in the body of a virgin, it does not proceed to break any laws. The laws at once take it over. Nature is ready.6

The Cardinal Difficulty of This Book

Having read several books from Mr. Lewis, I found this one by far the most challenging to read (with Mere Christianity being in second place). There are many abstract and philosophical concepts that he delves into. While he does a good job at giving analogies and imagery to help the reader along, I found myself very often rereading large portions or even needing to summarize chapters with pen and paper before really understanding what he was saying.

One of the longest and (for me) most difficult chapters to read is the one entitled The Cardinal Difficulty of Naturalism. This chapter was actually rewritten and expanded after being critiqued by a Naturalist and it can be quite confusing to read, though I think it is well worth it and is one of the more powerful chapters. Here, Lewis focuses in on the reason he believes Naturalism to be a self-refuting system arguing that it cannot be used to validate reason and thus anything we reason to cannot be trusted to be a truth.

With that said, despite confusing and abstract concepts, the book does a great job at keeping a respectful and light-hearted tone throughout the discussion.

The last portion of the book is dedicated to addressing certain miracles that we find in the Bible. He divides these into three chapters: The Grand Miracle, Miracles of the Old Creation, and lastly Miracles of the New Creation. The first of these is singularly focused on the miracle of the Incarnation, God becoming man. The second focuses on miracles that deal primarily with this present age and world. Some examples of these miracles would be fertility and healing. The final chapter covers those miracles that focus on that which is to come, such as resurrections and ascensions.

In the mind of Lewis, a miracle's validity or probability is determined primarily by its "fitness." In what ways does a miracle "fit" what we know about the world, what we see and experience, what nature herself proclaims? We must look at the way miracles flow with the pattern of the human experience. There is indeed a degree of "fitness" in the myths of paganism, but any fitness they have is magnified in the miracles of the Christian religion. The attempt at "fitness" in pagan religions of various "corn-kings" that die and rise, celebrated yearly at harvest time, pale in comparison to the unique and perfect "fitness" of Christ's death and resurrection.

While this book may be a difficult read in some areas, the content, tone, and quality are incredible. Those who are in regular communication with skeptics and pagans would highly benefit from reading this work as well as anyone who simply wishes to bolster their faith in the supernatural. As Mr. Lewis argues, our very ability to reason to a logical conclusion is a miracle, an instance of the supernatural invading the natural world. In a world that often tries to pretend that we have moved beyond belief in the supernatural as a result of its logical impossibility, C.S. Lewis demonstrates that only a worldview that contains the supernatural can be logically defended.

Paul is a public school teacher with a wonderful wife and some pets. He attends Redeemer Covenant Church in Arlington, OH and is not nearly as funny as he thinks he is. Paul is an awkward individual trying (and often failing) to remember the Gospel daily and live according to it. Soli Deo Gloria.