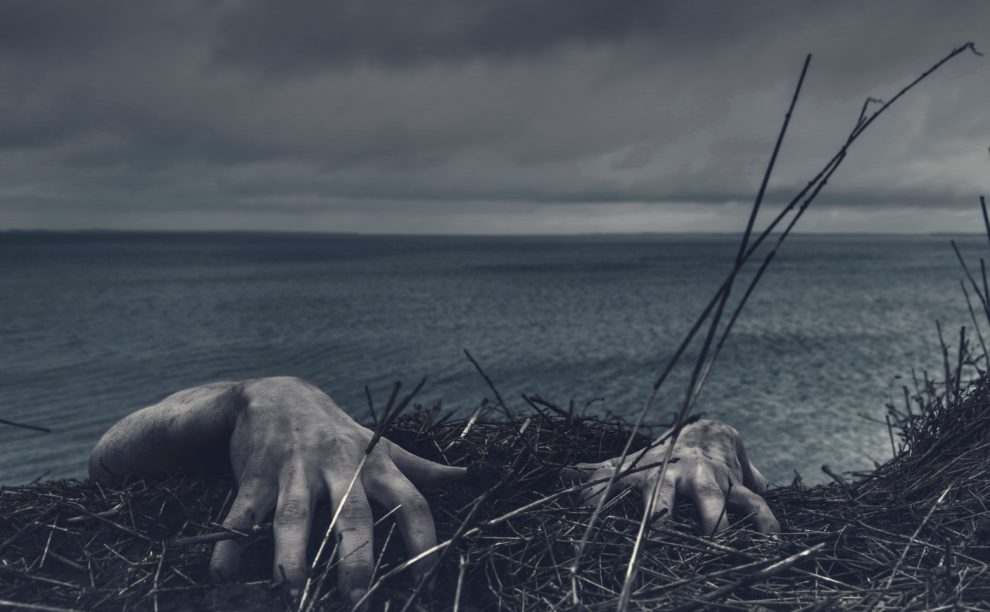 “Monsters are real, and ghosts are real too. They live inside us, and sometimes, they win.” – Stephen King

You and I have heard many demonic stories. I’ve heard stories of people walking into third-world churches hearing roars that shook the building, only to find out a little girl was being exorcised. I’ve heard tales of children hearing threats on their parents lives in the dark. I myself have awoken from naps being beaten and cursed at, only to open my eyes and behold an empty room. The spookiness of these tales inflames our curiosity, causes our hearts to race, and makes us sleep with one eye open.

We are drawn to these types of stories. We eat them up. Despite the hold that modernism and the denial of all things supernatural has on our culture, one medium stands above the rest as a herald of the validity of demons: the horror genre.

New horror films and books are released almost daily, and they have a large following. Last October the New York Times said, “Even with two months remaining, 2017 has already become the biggest box office year ever for horror.”1 It’s true. According to a film statistics site, horror movies in America grossed over one-billion dollars worldwide in 2017.2 This number has been steadily rising through the decades.

Many of these films are (or claim to be) based on true events, including The Haunting in Connecticut, The Nun, The Possession, A Nightmare on Elm Street, The Exorcism of Emily Rose, Open Water, The Conjuring, Annabelle, The Hills Have Eyes, The Texas Chainsaw Massacre, The Exorcist, Child’s Play and many more. This causes us to wonder, how much of this is actually true? What really happened to these people? Is Freddy Kruger a real guy? Are demons really doing these sorts of things today? Certainly dolls don’t try to kill people, right? Are there such things as sharks?

This is where Gospel Vision comes in. We have, and will continue to examine strange and demonic activity, especially those activities which are most grabbing the public’s attention.

We’ve already written an article about the true story behind ‘Child’s Play,’ and next week we will examine the story of Anneliese Michel, whose story is the source material for ‘The Exorcism of Emily Rose.’ However, Gospel Vision is not here to cultivate a fascination with demons, which may seem surprising. In exploring the horror genre, this article will explain why this it important that while we desire to facilitate a realization of the supernatural, we aren’t seeking to perpetuate demon intrigue.

Why do we Love the Edge of our Seats?

The first question that should be asked is why do we love watching horrific things? Pain is painful. Sorrow is sorrowful. Fear is fearful. Death is a curse and should be mourned. So why pay ten bucks to see people in pain, sorrow, and dying? The very nature of fear is that it causes fight-or-flight. Why pay to experience it without the option to fight or flee?

First of all there is definitely a biological component. Dr. Heshmat from the University of Illinois says this on adrenaline,

“Scientists have discovered some similarities between the brains of drug users and high sensation-seeking athletes. The connection comes down to dopamine, a chemical associated with the brain’s pleasure reward system. High sensation-seekers may be overstimulated by novel experiences, because their brains release more dopamine during these events than those of low sensation-seekers. This feeling of pleasure and satisfaction leads the sensation-seeker to come back for more. Because the sensory cues and actions that precede and occur with those pleasurable experiences are remembered.”3

Dopamine is released in our brains during an adrenaline rush. So, there is pleasure and excitement in confronting fear. This should make a lot of sense to us. The body and soul of man are deeply linked. It says in Genesis 2:7 “then the Lord God formed the man of dust from the ground and breathed into his nostrils the breath of life, and the man became a living creature.” That word “creature” in Hebrew is the same word for soul. As living souls, our bodies are made to glorify God. God calls us, as he did Joshua, to “be strong and courageous,” (Josh 1:6, 7, 9). God built into us a rush of adrenaline to aid us in our courage, and our endurance. “For God gave us a spirit not of fear but of power and love and self-control,” (2 Tim 1:7).

Horror movies and horror novels provide cheap imitations of this gift. We get to feel the surge, without any actual risk. Often thrilling epics will have this same effect. It’s why you feel like taking on the world after watching ‘Braveheart.’ You felt the rush of adrenaline, and watched as victory came to an entire nation, evil was vanquished, and virtues like love, honor, self-sacrifice and courage were uplifted. With continued prayer and diligence, ‘Braveheart’ can contribute to the construction of these virtues in your own life. However, if you are not careful, it can feel like you are living a full and courageous life, all the while never leaving the sofa.

On the flip side, if the story ends with evil vanquishing good, and if revenge, murder, hate, jealousy, and demonic intrigue are uplifted, then this surge of dopamine, meant as a gift from the Lord, is twisted and you are left more fearful, and more seduced by the devil than you were before the movie began. You are not growing in courage, you are growing to love fear itself. Horror tropes often contain evil vanquishing good, demons being exciting, and vengeance as the uplifted virtue.

A friend of mine told me that he recently found himself in a strange cornfield in the dark, and was delighted that he had not taken my recommendation that he see ‘A Quiet Place,’ because he felt no fear in the midst of a dark cornfield. Maybe ask yourself: having watched a lot of horror films, are you more or less likely to spend the night fearlessly in the woods?
After watching The Hills Have Eyes, are you more or less likely to sell your possessions and move to a cannibalistic culture, devoting your life to reaching them with the gospel?

“Even though I walk through the valley of the shadow of death, I will fear no evil, for you are with me,” (Psalm 23:4).

This is not an apologetic against horror movies. Without horror movies, we would not have some great films such as ‘Shaun of the Dead’, or ’28 Days Later’. Or beautiful films like ‘Jaws’, or A ‘Quiet Place’. It is rumored that G.K. Chesterton once said, “a book without an evil villain is an evil book.” Horror movies often have the vilest villains on the market. These villains ought to be destroyed. If we watch along the way as evil is vanquished, we come to rejoice in good triumphing over evil, which is nourishment and gospel for the soul. Some horror movies do this just fine.

Some people are under the impression that watching movies about demons invites them into your home. Some think that this is hogwash. Scripture is not clear about this, but it does have principles that may help us think about this well.

1. Demons inhabit people and creatures.
Luke 8:26-39 tells the account of Jesus casting demons out of a man, and into pigs.

“When the unclean spirit has gone out of a person, it passes through waterless places seeking rest, but finds none. Then it says, ‘I will return to my house from which I came.’ And when it comes, it finds the house empty, swept, and put in order. Then it goes and brings with it seven other spirits more evil than itself, and they enter and dwell there, and the last state of that person is worse than the first. So also will it be with this evil generation,” (Matt 12:43-45).

2. Demons seem to have preferred locations.
In the same story, Luke says that, since being inhabited, the man “had not lived in a house but among the tombs” (Luke 6:27). It also says of him that “he was kept under guard and bound with chains and shackles, but he would break the bonds and be driven by the demon into the desert” (Luke 6:29). The desert (or wilderness) is also where Satan tempted Jesus, (Matthew 4, Mark 1, Luke 4).

In broader principles, Solomon speaks against casting your lot with sinners loving violence. They are spreading a net for your feet, (Prov 1:10-19). Like the man who walks toward the harlot and ultimately his death in Proverbs 7, so is a man who allows himself to be seduced by wicked things. “All at once he follows her, as an ox goes to the slaughter, or as a stag is caught fast till an arrow pierces its liver; as a bird rushes into a snare; he does not know that it will cost him his life” (Prov 7:22-23).

This calls for self reflection. Do you cheer for the villain? Are you excited to see how creative he will be with his next kill? Why are you excited about the next haunted movie? Are demons fascinating to you? Do you wish that something spooky would happen to you, so that you can share your crazy demon story with your friends?

From my understanding of the last few passages, demons are dangerous, they linger, they inhabit, and according to every story I’ve ever heard about demons, they come where they are invited.

I don’t believe this means that demons necessarily inhabit ‘It’ DVD’s in the Redbox and are unleashed when you hit the green button on your X-Box controller. I do believe that caution is warranted.

So, please hear this voice of caution as we expose true stories presented in popular horror films down the road. We do this to show the world that there is more going on than what we can see with our eyes. We don’t do this to make friends with demons. “You cannot drink the cup of the Lord and the cup of demons,” (1 Cor 10:21).