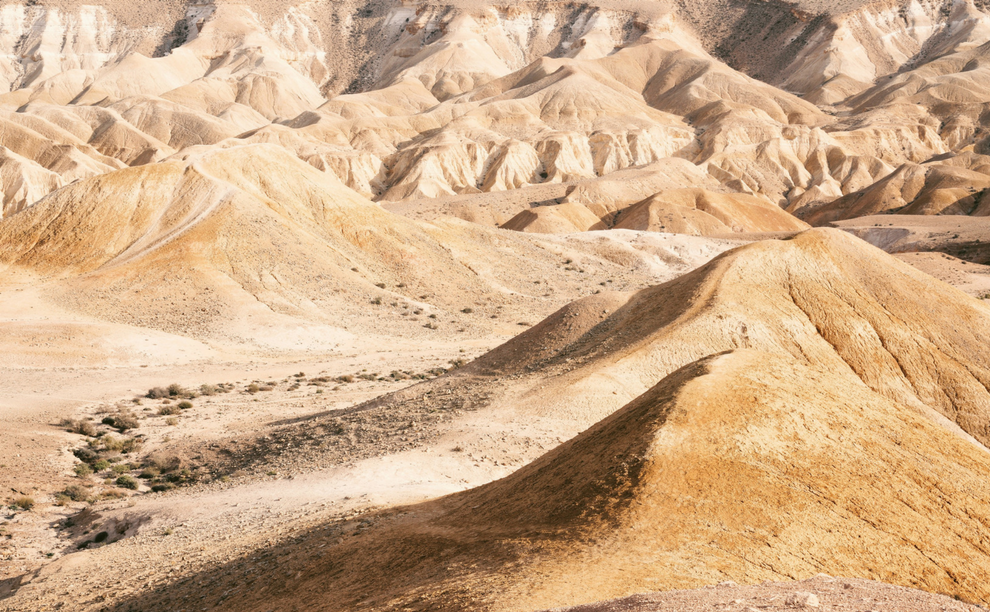 The transfiguration of Jesus stands as an odd occurrence in the synoptic gospel accounts. There is little given as explanation about the meaning of this event, nor are we told where it even takes place. But for the attentive reader, there are several clues about location for the events surrounding the transfiguration.

And those clues point to a location with cosmic significance. A place where fallen angels once assembled in rebellion against God, a place where ancient Israel fought against a race of giants, and a place where God promised to overthrow his enemies.

Often, Mt. Tabor is identified as the location of the Transfiguration. Tabor stands just east of Nazareth, making it a place Jesus and his disciples were certainly familiar with, and it has the benefit of tradition on its side. Origen (AD 231-254) said that “Tabor is the mountain of Galilee on which Christ was transfigured.” And in the fourth century, Cyril of Jerusalem and St. Jermone both add their voice to this tradition.

Several churches have been built on Mt. Tabor to mark the supposed location of the Transfiguration. The earliest dating from the fifth century up through the modern church now located there which was built in 1924.

That is a long-running tradition, but is it true? Today, there is no clear consensus on the location of the Transfiguration, but we can get closer to an answer by looking at the scriptural account.

The account itself is brief – only taking up six verses in the Gospel According to Mark, where we read:

Now after six days Jesus took Peter, James, and John, and led them up on a high mountain apart by themselves; and He was transfigured before them. His clothes became shining, exceedingly white, like snow, such as no launderer on earth can whiten them. And Elijah appeared to them with Moses, and they were talking with Jesus. Then Peter answered and said to Jesus, “Rabbi, it is good for us to be here; and let us make three tabernacles: one for You, one for Moses, and one for Elijah”— because he did not know what to say, for they were greatly afraid.

And a cloud came and overshadowed them; and a voice came out of the cloud, saying, “This is My beloved Son. Hear Him!” Suddenly, when they had looked around, they saw no one anymore, but only Jesus with themselves. (Mark 9:2-8)

The text from Mark doesn’t give us much to go on, beyond the identification of a ‘high mountain.’ Matthew and Luke aren’t much help either (Matthew 17:1-8 and Luke 9:28-36). However, backtracking in the Gospel of Mark provides some additional clues:

So, we see Jesus traveling north from Bethsaida to Caesarea Philippi. And what about after the transfiguration? Where does Jesus go then? In Mark 9:33, Jesus and his disciples come to the city of Capernaum located on the northern coast of the Sea of Galilee. The next geographical marker comes in Mark 10:1 when Jesus arrives in the region of Judea as he begins the final journey to the cross. (A map of the region is available here).

I believe this geography points to a location in the far north. Otherwise, there is little reason for Jesus to travel north to Caesarea Philippi just to turn around and begin a journey to Jerusalem. It makes even less sense for Jesus to veer significantly out of the clear path laid out in chapters 8-10 in order to reach Mt. Tabor.

The Possibility of Mt. Hermon

Mt. Hermon stands just to the north of Caesarea Philippi – making it a likely candidate for the location of the Transfiguration. It certainly meets the criteria of a ‘high mountain,’ with an elevation of 9,232 feet (compared to 1,886 feet for Mt. Tabor). Mt. Hermon seems to fit the geographical context of the gospel account. But that’s really just the beginning of the case for Mt. Hermon, and the full case involves fallen angels, kings, and a race of giants.

Genesis 6 and the Nephilim

Addressing the question of the Nephilim in Genesis chapter 6 is well beyond the scope of this short article. But because it will come into play later I want to address it shortly here. The sixth chapter of Genesis recounts the story of the sons of God who intermarry with the daughters of men. Genesis 6:4 says, “There were giants [nephilim] on the earth in those days, and also afterward, when the sons of God came in to the daughters of men and they bore children to them. Those were the mighty men who were of old, men of renown.”

It is my view that this refers to sexual relations between fallen angels and human women which results in physical giants. Time prohibits me from defending this position, but see Michael Heiser’s The Unseen Realm (especially chapter 23) for an excellent treatment of the topic.

The Book of Enoch

The events of Genesis 6 are given a larger treatment in the apocryphal Book of Enoch – composed between 300-100 BC. The book is not a part of the canon and is not inspired, but it can give us a glimpse into the supernatural views of its writers.

In chapter 6 of the Book of Enoch, an angelic host, under the leadership of one named Semjaza, descends to take wives from the children of men and beget children. And the place of this descent? Mt. Hermon. It seems that interaction between heaven and earth is not a new phenomenon on the heights of Mt. Hermon.

The mountain next makes an appearance in the story of the defeat of King Og in Deuteronomy chapter 3. There we read the following:

So Yahweh our God also delivered into our hands Og king of Bashan, with all his people, and we attacked him until he had no survivors remaining. And we took all his cities at that time; there was not a city which we did not take from them: sixty cities, all the region of Argob, the kingdom of Og in Bashan. All these cities were fortified with high walls, gates, and bars, besides a great many rural towns. And we utterly destroyed them, as we did to Sihon king of Heshbon, utterly destroying the men, women, and children of every city. But all the livestock and the spoil of the cities we took as booty for ourselves.
And at that time we took the land from the hand of the two kings of the Amorites who were on this side of the Jordan, from the River Arnon to Mount Hermon (the Sidonians call Hermon Sirion, and the Amorites call it Senir), all the cities of the plain, all Gilead, and all Bashan, as far as Salcah and Edrei, cities of the kingdom of Og in Bashan.
For only Og king of Bashan remained of the remnant of the giants [rephaim]. Indeed his bedstead was an iron bedstead. (Is it not in Rabbah of the people of Ammon?) Nine cubits is its length and four cubits its width, according to the standard cubit.

According to Deuteronomy 3, Og king of Bashan ruled over Mt. Hermon, and we also learn that Og was among the last of the giants. Not only are we told that Og was one of the Rephaim (different than a Nephilim, again beyond the scope of this article), but we also get the dimensions of his bed – measuring roughly 13.5 feet by 6 feet.

If King Og is a descendant of the Nephilim, then Mt. Hermon becomes a place where God is doing battle against his rebellious angels and their descendants.

Psalm 68 and the Mountain of the Gods

Mt. Hermon again makes an appearance in Psalm 68, where we read in the New King James:

Michael Heiser argues that the mountain of God (har elohim) should be translated as the mountain of the gods (The Unseen Realm, 291). This translation makes much more sense of Psalm 68. Mt. Hermon is a mountain of rebellious gods, and Yahweh is coming to take it back. This also fits with the warfare theme of the Psalm of 68 (see especially verses 21-23).

Mt. Hermon and the Transfiguration

That's a lot of information, but what does it have to do with the transfiguration? Here's where I think it all comes together. The fallen angels of Genesis 6 came down to the heights of Mt. Hermon to steal wives and to wage war. They could not accept their place as secondary to humanity, and they had a plan to stop it. By stealing brides from the daughters of men they could create their own line that would stamp out the seed of the woman promised in the Garden.

But their plan fails. It failed in the flood and it failed in the fields of Bashan. Ultimately, it failed when Jesus, the true Son of God stood on Mt. Hermon to win a bride of his own because his bride would not be won in the same way. Jesus came to win a bride through the humiliation of the cross, and he won that bride so he could bring restoration to all creation.

The prophecy of Psalm 68 came true in the person of Jesus. The mountain of Bashan became the mountain of Yahweh. The rebellion of the fallen angels and their offspring was finally put to an end in the work of Jesus. As we read in Psalm 68:22-23:

“Yahweh said, 'I will bring back from Bashan,
I will bring them back from the depths of the sea,
That your foot may crush them in blood,
And the tongues of your dogs may have their portion from your enemies.'”