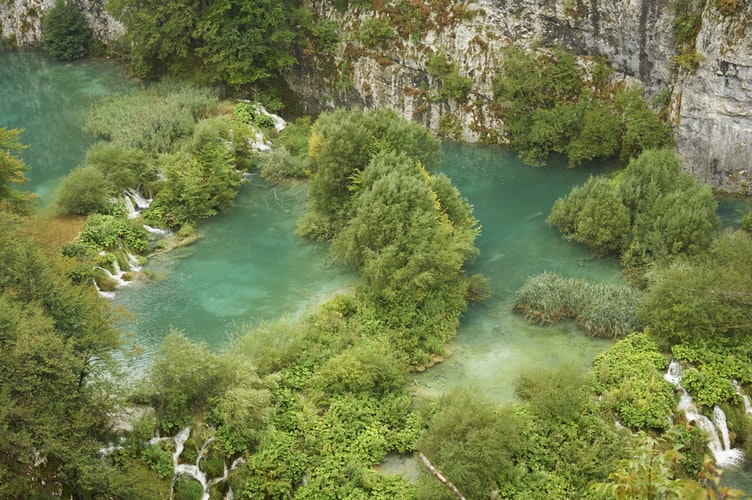 A blog post I read yesterday made the case that Adam and Eve had children before the fall. The author’s point was that because in Genesis 1:28 God tells Adam and Woman to be fruitful and multiply. Later, in Genesis 1:31, he calls the sixth day very good. According to the blogger, they must have conceived a child before the end of the sixth day otherwise they weren’t obedient and the day wouldn’t be ‘very good’. Another person with the same opinion reasoned that God told the Woman she would bear the rest of her children in pain. Therefore she must have already had children before the fall. Most people haven’t really thought critically about this topic, so I decided to write about it.  I think the clear and significant truth is that Adam and his wife did not procreate before the fall.

There are serious theological implications around Adam, Eve, their children, and the fall. Before I get into the point of this essay, discussing the timeline of procreation, I need to establish a belief I have that not everyone agrees with. I believe Adam and Eve were really the first humans and all humans came from them. The historical reality of Adam and Eve being the first humans is a biblical fact. There is a fair amount of disagreement on that point in the evangelical community with most questions coming from the more liberal theological camps and some even coming from more fundamentalist groups. I am not sure how people come to the conclusion that Adam and Eve are not historical. I assume it is because of secular culture frowning upon the belief. If you are a Christian who struggles with their historical existence I think the following verses make the point really clearly: Genesis 1-3, Luke 3:23-38, Acts 17:26, Romans 5:12-15, 1 Corinthians 15:22, and 1 Timothy 2:13-14.

Order of Events in The Story (Genesis 1-3)

Here is where it is confusing… The next sentence should be Adam knew his wife and they bore a son, but instead, it continues,

Finally… after all of this development in Genesis 4:1, “Now Adam knew Eve his wife, and she conceived and bore Cain, saying, “I have gotten a man with the help of the LORD.”  the ordering of the events is not unclear.  To come away from these chapters thinking that humans had children before the fall is indicative of a strange inability to take the Bible at its word.

“For if, because of one man’s trespass, death reigned through that one man, much more will those who receive the abundance of grace and the free gift of righteousness reign in life through the one man Jesus Christ.” – Romans 5:17(ESV)

The order of events is important because sin entered the world through one man. If Cain was born before the fall then God isn’t just in giving him the sin of Adam, or sin entered the world through two men. Let me explain. God is just and does not clear the guilty, even punishing to the third and fourth generation (Exodus 34:7). Despite this, he also does not punish the son for the father’s sin (Deuteronomy 24:16, Ezekiel 18). If Adam and Eve had Cain before the fall then Cain should not be punished for the sin of his father and thus should be allowed to remain in the garden with God. Even if the punishment for Adam’s sin extended to Cain in his expulsion from the Garden of Eden, Cain would still be considered righteous. Then in sinning against Abel, Cain would have brought sin into his lineage along with Adam, rendering Romans 5:17 false because sin would have entered the world through two men. This is not possible because the word of God is faithful to not contradict itself.

The first blogger, who thought Adam and Eve must have procreated for the day to be good, is reading this idea into the text. The text does not seem to make any indication that procreation was required by the end of the day in order to be obedient. Also it doesn’t state anything about them procreating by end of day. The second blogger who said that the “rest” of Eve’s children would come forth in pain just didn’t read the chapter. It doesn’t say “rest” at all.

“To the woman he said,
“I will surely multiply your pain in childbearing;
in pain you shall bring forth children.
Your desire shall be contrary to your husband,
but he shall rule over you.”  Genesis 3:16 (ESV)

Some have made the case that if He is multiplying pain in childbearing then she must have had a reference point for how painful childbirth was before the fall. This argument is the only argument I have heard for pre-fall procreation with real potential. But, this argument also relies on an assumption that in order for a curse to hold weight it must be contrasted with a referent. Needing a referent doesn’t appear to be fundamentally true, but even if Eve would need a reference point to understand the new pain of childbearing, she could simply remember a time she was not in pain to help her remember that pain is the worst. If a baby gets a shot that is painful the baby will cry. The baby has no reference of a “non-painful shot” but it cries because it can compare the pain to pain-free experiences.

Due to the timeline as recorded in Genesis, and the reality of sin entering the world through one man, It is clear that Adam and Eve did not have children before the fall. Being theologically consistent is very helpful to accurately interpret the Bible. Thus, any uncovering of truth is a benefit to the kingdom.  We absolutely should read the Bible carefully and in its context interpret it according to the intent of the author. As we do this work we should recognize that the bible is clear and generally means exactly what it seems to mean. If we find that the greater context clarifies the meaning, or corrects initial misunderstanding, then great! We have grown in knowledge through study. If we are reading the Bible with the assumption that the Bible isn’t saying what it means, then we are not trusting God’s revelation to His people.