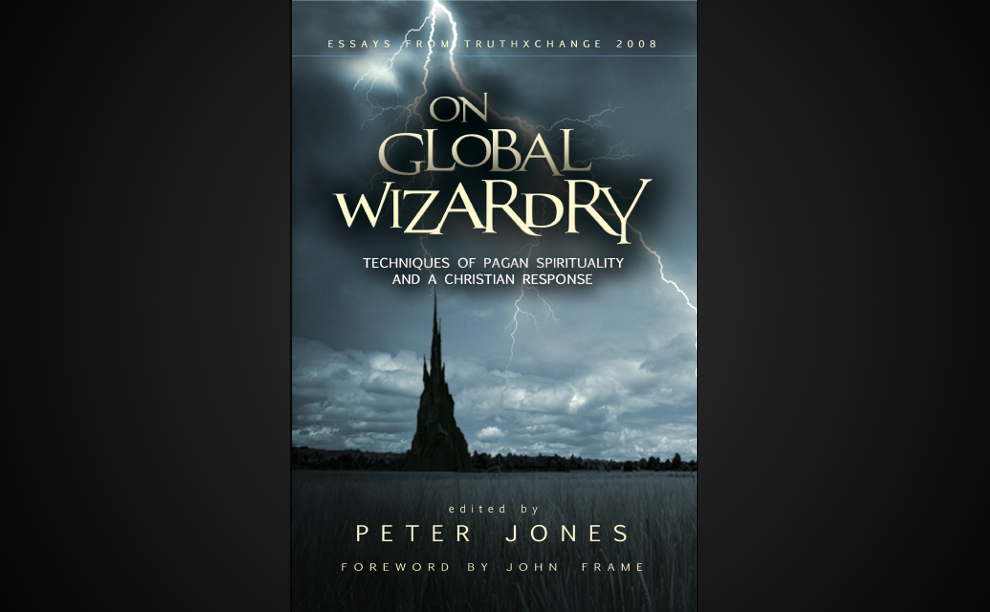 “Secular humanism, once the movement most feared by Christians, has been replaced by the rise of religious paganism.” (John Frame, 9)

This statement from the foreword gets to the heart of this colorfully-titled book. While many Christians are laboring to give honest answers to honest questions from naturalists and rationalists, far fewer seem to be preparing themselves to do the same for our neighbors taking part in a shift from secular humanism to a kind of postmodern pluralistic neo-paganism. While the future is notoriously hard to predict, I agree with the authors of this collection of essays that the future of the West is in many ways already deeply shifting to a postmodern, neo-pagan view of the world. There have been lots of little influences from the rise of the popularity of yoga to the success of the Harry Potter books, but a more full-scale worldview shift seems to be in the works. The door of the Enlightenment slammed pretty hard on the supernatural elements of our world, but we have continued to see strange things out the windows that we are not able to continue ignoring. Frame summarizes the goal of this book in the forward, urging us to “get beyond glancing at these movements of alternate spirituality and start taking seriously what is happening in our midst” (9-10).

This book is a collection of essays by different authors originally presented as lectures at a conference in Escondido, CA. The essays are bookended with a preface and a conclusion by the editor, Peter Jones. Each chapter addresses different elements of neo-paganism within modern Western thinking and culture. Essays range in topics from witchcraft and astrology to Jungian Psychology and Quantum Physics. There are several helpful chapters in the middle on various expressions of pagan thought and worship in diverse cultures around the world today, many of which are influential in our own context. I won’t outline each chapter in this review, but I encourage you to look through the table of contents and consider getting the book to read for yourself. I think it succeeds in making the case that it is important for Christians to be growing in our understanding of the issues addressed.

The chapter on the “Global Mainstreaming of Witchcraft” was helpful, clear, well-reasoned, and with a good tone. It highlights a phenomena we should be aware of: the dramatic increase of witchcraft in the West. The chapters on Gnosticism and Kabbalah are both helpful to point out influences of ancient paganism on modern “spiritual” beliefs. Several chapters on animism in cultures around the world highlight elements of pagan worship and demonstrate common threads among them all. Knowing about these various approaches to the worship of the creation gives crucial background to understanding modern spiritual practices that may seem harmless when viewed out of this context. The chapters on Jung and his impact on neo-pagan thinking through psychology, and on the Deep Ecology movement were helpful to give context to ideas that influence much of modern thinking in the West. Chapters on Quantum Physics and paganism in Hollywood were not as robust as they could have been. Michael Heiser’s chapter was characteristically eye-opening with regard to just how deeply the Old Testament addresses the unseen realm and how we should and shouldn’t approach it. The final chapter by the editor presents the important concept of the antithesis in addressing neo-paganism in a way that honors Christ and shows love and truth to our neighbors.

As with any book, this one has strengths and weaknesses; things to commend it, and qualifications. As for the good, the overall project of the book is an important one. At Gospel Vision we share the prediction that neo-paganism is on the rise, and as our culture opens up to the supernatural elements of our world, we will encounter them more. We believe that the church needs to be ready to address supernatural things from a sound Christian worldview. This book is a significant help in that regard.

On Global Wizardry also puts forward a strong doctrine of the antithesis, which is important when addressing other worldviews. God clearly states in his word that other ways of worship are in opposition to his worship; that everyone will either worship Yahweh the Creator, or some part of the creation (spirits, people, or objects). To truly love people caught in the worship of some created thing, we need to be clear that there is a crucial need to turn from idols to the living God, who alone has immortality and salvation. The final chapter in the book draws a solid distinction between Christian belief and pagan belief, between Christian living and pagan living. This kind of thinking is alien to the pagan mind, because their worldview believes that at the foundation everything is literally one. If everything is one, then making hard distinctions is unhelpful and moving in the wrong direction. But the biblical worldview demonstrates the reality of fundamental distinctions. Good and evil are not one. Truth and lies are not one. God and the creation are not one. These distinctions are crucial to maintain in worship, lest we find ourselves merging good and evil, truth and lies, and God and the creation.

On the other hand, this strength of the book perhaps leads to its greatest weakness. While maintaining the antithesis is crucial, there are dangers that accompany it when applied wrongly. The strong antithesis, if applied without a rigorous Biblical lens may keep us from seeing how the current cultural worldview shift can help us to clarify our thinking as Christians. It is not that we need to learn the tenets of paganism, but this worldview shift can help us to see that the Christian church has sometimes been taken by the idol of modernity and naturalism. If we will listen to the postmodern critics of modernity and naturalism carefully, we may find that some of what they are tearing down is not actually biblical truth, but things we have picked up from the philosophy of the world around us. If we can do this well, then we can actually become more biblical in our thinking. When everything we think is shaken, only what stands in God’s word will remain. I will give you one example where I wonder if the editor of this book has not fully let that happen.

In his preface, Peter Jones develops his antithesis saying “many in our ‘interfaith’ world now believe that truth is about good intentions, not doctrine; that religion is about love, not sharp intellectual or theological distinctions; that the essence of religion is a universal spiritual experience, not religious doctrines.” While todays postmodernists may embrace half that list at the expense of the other half, Biblical Christianity embraces everything on his list. Surely truth does include good intentions, as epistemology is viewed from the ethical perspective. Surely religion is about love as well as theological distinctions. Surely the essence of religion is a spiritual experience as well as a religious doctrine. We need doctrine and truth, but that doctrine and truth need to lead us to encounter the living heart of it: God himself, through Jesus, by the Holy Spirit. To make firm distinctions between these things, as Jones seems to be doing, looks more like a modernist antithesis than a biblical one. I am not accusing Jones of being a modernist, but I am trying to point out how deeply I believe the modernizing tendency has taken root in all of our thinking. To lean too hard into postmodernism in response would not be a move of faithfulness, but would be to fall into the same error with a new kind of worldview. We must be diligently biblical, striving to think God’s thoughts after him.

As in any collection of essays, some are more robust and rich while others are thinner and less helpful. On the whole, this book represents an important effort to understand the intellectual and spiritual climate we seem to be moving into. The penultimate chapter in the book very helpfully ties all of this together and shows us how to respond in a world shifting towards pagan belief. First, the author demonstrates that we need to recover a robust understanding of and appreciation for the supernatural elements of the gospel.

The unseen spiritual dimensions were an important component of the worldview of the New Testament writers and of Jesus himself. Much of Western Christianity, embarrassed by Postenlightenment scientific and technological advances, gradually but inexorably drifted from the Bible’s emphasis on the invisible world to a preoccupation with the visible. One might say that the gospel of Jesus Christ, at least in North America, has become one more coping mechanism to help us survive and thrive in the challenges of the visible world. (245)

Having urged us to unashamedly recover a clear-eyed, full-hearted supernatural worldview, the author shows us that the best way to proclaim Christ to a pagan world is by a demonstration of the uniquely supreme glory of Christ.

Jesus’ supremacy is not only over the visible world, but also over the invisible world, specifically over the spirits operating behind the Colossian paganism and behind the Neopaganism that still lures victims today. Jesus is superior to all lesser spiritual entities, good or bad, because he created them. Accordingly, the right Christian response to Neopaganism is not to question, deny or ignore the reality of the pagan spirits, but to appeal to the greater and deeper reality that is Jesus, the very ground of being of those spirits. (253)

This book will help equip you to do this with increased knowledge and understanding in order to honor Christ well in our day, and point all peoples to his perfect lordship and his glorious salvation.