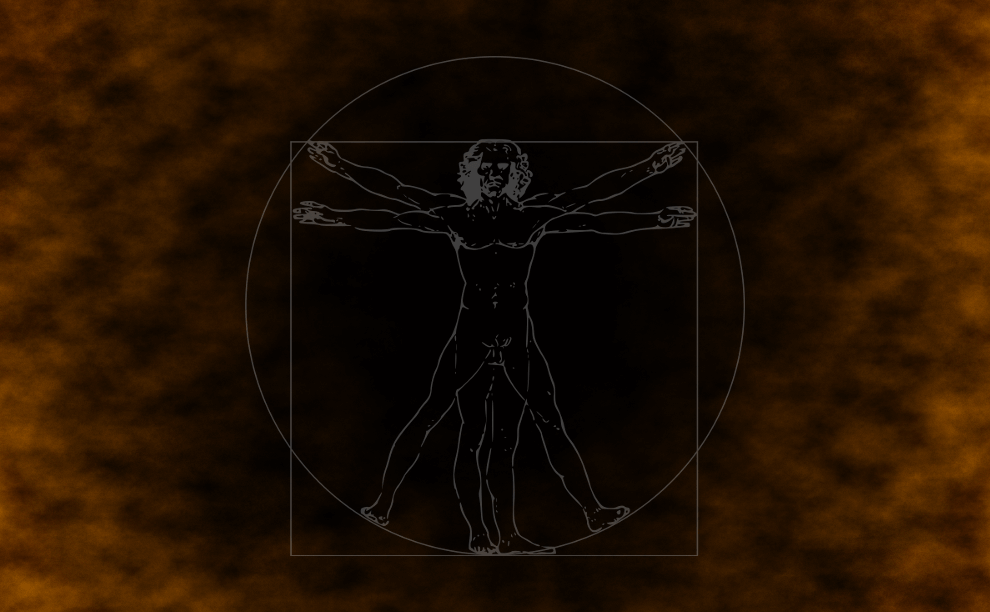 “So God created man in his own image, in the image of God he created him; male and female he created them.” Genesis 1:27

Ever since God placed enmity between humanity and Satan as judgement in Genesis 3:15, Satan has not stopped his agenda to steal, kill, and destroy humanity (John 10:10, 1 Peter 5:8). He does this in numerous ways, three of which stand out to me. 1) He diverts our worship to himself or anything other than God, 2) He runs interference on God’s mandates to humanity, namely to be fruitful and multiply, and 3) He perverts our image-bearing nature of God and normalizes this corruption. Sin destroys and brings forth death (James 1:15, Romans 6:23) and so Satan influences humanity towards it.

When I researched demonic imagery, expected topics arose such as satanic symbolism in music and movies, images of human-animal hybrids, and numerous posts written by Christians about the accompaniment of sexual perversion. Sexual perversion in particular has a way of accomplishing all three evil goals, which is one reason why it’s so pervasive in demonic influence. However, I want to focus on #3, specifically regarding imagery that perverts human anatomy. I believe that imagery of unnaturally combined biological components is a demonic signature, so to speak, and that it’s a visual manifestation of the demonic hatred of the God-imaging human body. This kind of imagery is a visual representation of a spiritual cancer, a tumor that consumes the human form. It’s like a pile of maggots eating away at a corpse—it’s a disgusting picture and death and destruction are underneath.

My attempt to find a Christian perspective on this specific dissection of demonic imagery turned up empty. Not many are discussing the subject, which is understandable. It’s easier to leave my own nightmares in the dark (I’ve already delayed this post once). In light of this, I will share my experiences and my own discernment and let the reader judge for themselves.

I had a dream where I was in a large garden / park type place and I was very anxious because I couldn’t find my wife. In the distance I saw hundreds of people on the ground in what looked like an orgy and immediately I felt a sense of fear—did she betray me for this? Though this would be completely out of character for my wife in real life, I used to struggle with fear of betrayal earlier in our marriage, having experienced it before in a previous marriage. I felt no temptation towards the scene, only anxiety and fear as I searched. When I got closer, I saw that the people were fused together, perpendicularly at the torso, and they moved around like spiders or crabs. Stunned with shock and stomach churning, I got away quickly. In a moment I sensed these people were aware of their mutilation and felt trapped, but they were somewhat content in it. I woke up.

The interpretation (which sometimes are clear): Sexual immorality is a distortion of our inner humanity to the same extent as what I saw physically represented in the dream. What I saw was not the one-flesh God intended in marriage, but instead a bondage at the center of a person. In addition, sexual immorality from a distance seems like one thing, but upon closer inspection, it is entirely another—sexual perversion is the betrayer. It was literally a wake up call to examine myself and my sin, a temptation many men battle on the internet these days.

There are certain sensations felt when exposed to imagery like that in the dream. While the meaning in the above example was clear, the meaning is not not always clear in more subtle experiences. Nevertheless the sensations felt in response to them feel as though they are from the same source—they have evil origins, either the devil or the flesh (not of the Spirit of God).

One subtle example was from watching Marvel’s Dr. Strange. Disregarding all the opportunities to assess the demonic influence in Eastern religions that bolster the plot of the movie, there is a point in which the main character, Dr. Strange, is realizing his new powers and sees all kinds of strange imagery. The camera takes the role of his eyes and you see his body and his extremities duplicated in a kaleidoscope pattern. What stood out the most, however, was when you saw tiny hands as the finger tips of his own fingers of his hand, then the pattern duplicated into oblivion. My discernment: a demonic perversion. I have no other evidence except I discern the same sensations as I do when exposed to more obvious evils.

When I was a young child, around 8 or 9, there was maybe two instances when I woke up to overwhelming sense of evil in the house. This usually happens when the head of the house (the father) has allowed evil spirits to enter. The gates are opened through sinful activity—a mistake I've made before as well. Right before waking up, the imagery in the dream was of an ice cream container you'd get at a local ice scream shop, but filled with mutilated flesh, slightly in motion like maggots. Evil delights in the consuming of our humanity as image-bearers of God.

The movement of maggots is gross and disturbing. They are pre-born flies that feast on death and decay, and if allowed to feed, they grow into a swarm of pestilence not easily contained. Maggots are the result of the curse under which we live in this world (Mark 9:48, Isaiah 66:24, Job 21:26, Job 7:5, Acts 12:23). Years later in High School while watching the anime movie Akira, recommended by a friend, I felt the same sensations from that childhood dream. (Anime is a whole separate topic ripe for spiritual assessment). Towards the end, one of the characters mutates and grows into a gigantic bio-mass that consumes everything, killing everyone, and leaves Tokyo a wasteland. It's super disgusting. Upon becoming fully mutated, the bio-mass had nearly no recognizable human form left. It squirms and spreads, consuming like a pile of maggots.

Unfamiliar with the genre at the time, nothing throughout the whole movie indicated that this type of visual would present itself. The same thing happened with Princess Mononoke. At the end of that movie a giant brain-demon emerged and if I recall correctly, the characters in the movie identified it as a demon. It wiggled and squirmed like a pile of maggots, destroying everything in its path. Once again, I discerned the same sensations. I stopped watching anime.

Nearly any cursory Google search of anime will yield similar imagery. The connection between the a) rise of anime, manga, and their monsters and b) the atomic bombs being dropped on Japan is an established theory.1, 2 The death, destruction, and decay of the bombings are continually characterized in the manga and anime stories in disturbing ways, so much so that disturbing imagery of monsters is synonymous with the genre, tentacles and all. It's not a stretch to see demonic influence encouraging an entire culture to relive the event, personified in grotesque creatures3 over and over.

My most recent experience with this type of imagery was my most disappointing. My family enjoyed the Pixar movie Wreck It Ralph and so when the second one was released, I took them to see it at the theater. In both movies, Ralph and all the characters are video game characters living their lives in a digital world. At the end of Wralph Breaks The Internet, Ralph's insecurity manifests itself as a computer virus. The computer virus was visually represented by millions of Ralphs operating like a hive mind. They moved and wiggled about like maggots and were bent on destruction. At the very end of the movie they formed a giant Ralph, made of all the tiny wiggling and squirming smaller virus-Ralphs. I had to cover my kids' eyes as I turned my own head in disgust. One person in the row behind me even muttered "that's disgusting, why is this in a kid's movie?"

Facing evil, our real enemies (Ephesians 6:12), isn't going to be a pleasant experience. We' might see some things we don't like. Granted, Ralph was facing his insecurity in the movie mentioned above. But where is the line drawn between portraying the battle between good and evil and celebrating the monster by capturing all of its disturbing detail for us to see? Why do so many anime and manga fans delight in the monsters themselves? I believe discernment is required.

It seems that a line is crossed when evil is mixed with innocence. Given the target demographic, Pixar took it too far. Anime and Manga are wrapped in the cartoon form, its characters often childish in appearance. I've been to art shows with some of the most disturbing paintings. "It's just an art show" we tell ourselves, while the purpose of the art show is to put something on display to appreciate. There's nothing to appreciate about evil.

Regarding film, another line is crossed when the imagery so drastically changes in tone (towards grotesqueness) right at the very end. I feel deceived, especially when the film is meant for kids. By then, one doesn't know what they are getting into, but to finish the plot they must suffer through it. This is not an argument against deception in story. I love a good twist as much as the next person. Even horror movies with all of their dark imagery are more honest since viewers know what they are getting into from the get-go.

The specific meaning of this type of imagery is sometimes known and sometimes not. Regardless, there are certain signatures that lead me to discern subtle demonic influence, namely when then image-bearing nature of humanity is perverted, distorted, and then bears the image of death.