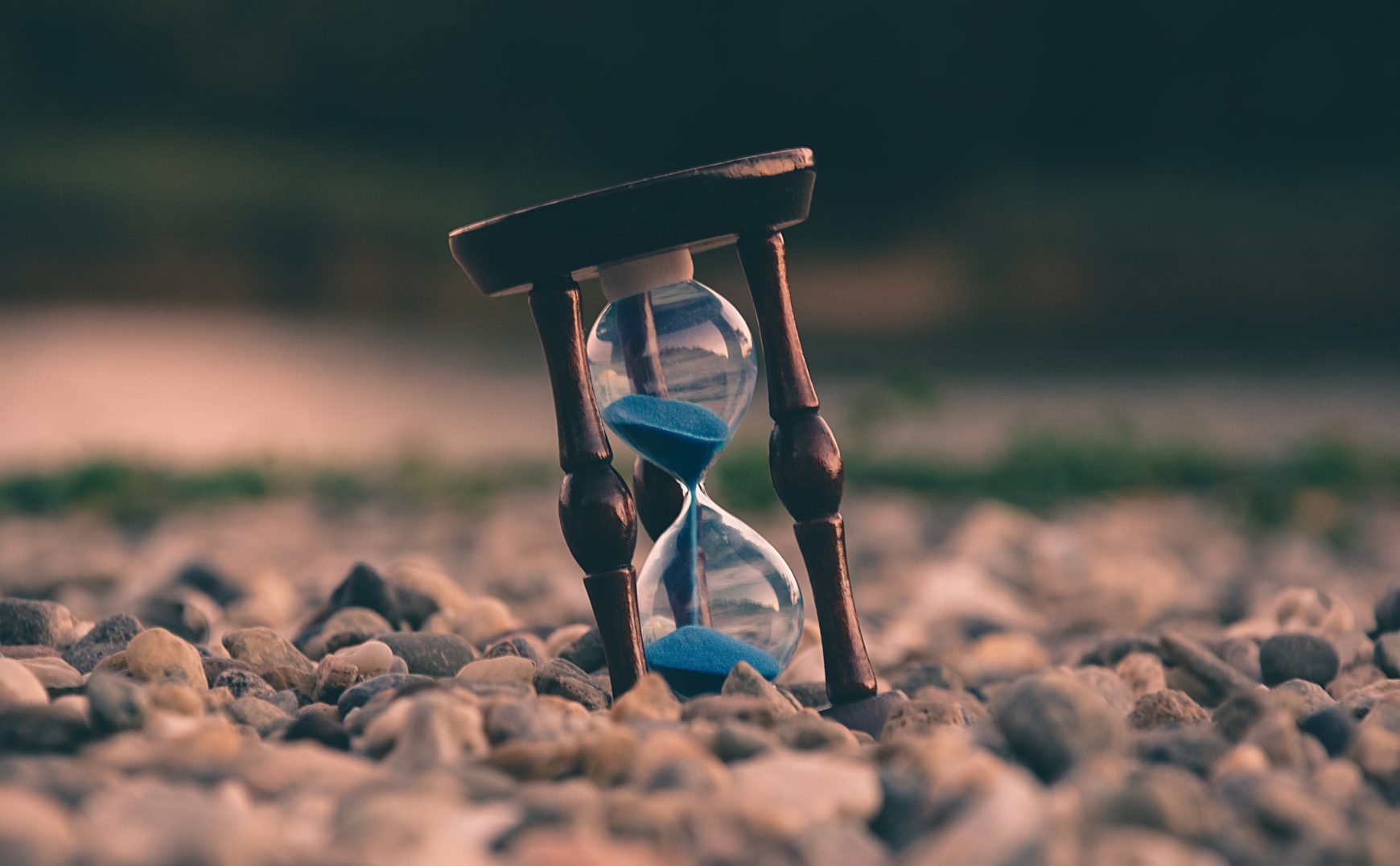 On December 17th, 1903, something extraordinary happened. A human being flew through the air like a bird.

A ton of hard work, and creativity allowed Orville Wright to make the “first successful flight in history of a self-propelled, heavier-than-air aircraft.”1

The gravity of this achievement is somewhat lost on those of us currently experiencing the new phenomenon of in-flight Wi-Fi. We often dread going to the airport knowing that we will certainly have to deal with security, luggage, and sitting in a cramped space with, or next to, a crying baby. The miracle of human flight no longer catches our wonder.

In its time, however, the wonder was not missing. Some certainly were skeptical, even against it on the grounds of natural order. High school teacher Dan Cloer says this,

Today, a century after those preliminary flights of the Wright brothers’ Wright Flyer, the sight of an airplane hardly turns a head. A dream that might have been dismissed over the millennia with the assertion that “if God had meant man to fly, He would have given him wings,” has become our commonplace reality.
At one time that maxim may have been a sort of mantra against humanity’s disruption of what many would have called the natural order of life. And indeed, our accomplishment of flight is indicative of just that: something profound, beyond the normal order of nature.2

This flight that forever changed travel, warfare, communication, human interaction and the spread of the gospel, was not more that 12 seconds long. That’s it. It flew 120 feet. Which is less than half the distance that Fred Crawford passed a football to Eddie Kawal in 1935.3

All it took was those twelve seconds to demonstrate a possibility. Those twelve seconds showed us that the wings God gave mankind were in his intellect and work ethic. Mankind was not breaking a command of God. He was exploring God’s creation. As God’s image bearers, God gave man dominion over not only the earth, but over creatures in the air and water as well when he said, “Be fruitful and multiply and fill the earth and subdue it, and have dominion over the fish of the sea and over the birds of the heavens and over every living thing that moves on the earth.” (ESV, Gen 1.28) Though the seconds in the air were few, and the distance traveled short, we knew that we were capable of human flight, and worlds of possibilities opened for us to explore and exercise dominion over God’s creation. Nothing would ever be the same.

So, what does this have to do with Time Travel?

At 9:09 p.m. October 10, 2005 something extraordinary happened.4 Russian cosmonaut, Серге́й Константинович Крикалёв (Sergei Krikalev), returned from his last space mission having logged 803 days in the orbit of the earth, and having orbited the earth over 5,000 times. His story is a fascinating one, so please have a look here.  However, the significance of his story to this post is that due to a phenomenon known as time dilation (discussed later), upon his landing Krikalev successfully traveled .02 seconds into the future.

This is not science fiction. This is a historic reality. Mankind has known for years that future time travel is not only possible, but it happens every day.

In 1905 Albert Einstein published a theory of relativity, which is supremely complex, but I have the basic tenets here:

Basically, the first postulate means that the laws of physics apply the same to everyone in constant motion, (meaning either stopped or moving at an unflinching speed. Like if you were in the dungeon of a boat on smooth waters and you couldn’t tell if you were moving or stopped.)

The second postulate means that the speed of light does not change relative to how fast or slow you are moving, or if your speed is variable. It remains constant. It also does not change based on the source from which it emits. This is almost as unfathomable as eternity. It means that when you’re flying in a jet, light is hitting you at the same speed as they guy laying on the park bench below you. If you were to open the cockpit, the air would not behave the same way. Light travels at 180,000 miles per second, but if you were traveling at 179,999 miles per second, light would appear to be moving as fast as it would for someone unmoving. This is a great mystery. This mystery causes light-speed to be trackable, and yet also in a very real way infinite. Scientists agree that it is impossible for anything in the universe to travel as fast or faster than light.

From the research I’ve done, I can’t find anyone who understands why this is, simply that it is. Experimental data has supported this theory time and time again, and it has yet to be disproven. It is a profound unfathomable mystery, and tangible enough to put into an equation.

The Mystery of Light

Scripture also wraps light in mystery, though the function of light is to enlighten. Note Genesis 1:3-5:

God spoke light into existence before he spoke the sun into existence. The only source was his Word. We understand that the glory of God emits light (Is 60.19, Rev 21.23), but this moment in Genesis is placed with the others to show that this light was a created thing, and it is the light that we see around us today. How this infinite/finite light shone without a sun or star to emit it is indeed as unfathomable as it is true.

Perhaps even more profound is John’s assertion that “God is light.” (1 John 1.5) John is not claiming that when you turn on a flashlight, God himself pops out of it like a genie. The context shows that he is making a statement about God’s holiness, and distinctness from sin. However, he is identifying with a created thing that is both energy and mass, that is both finite and infinite, that illumines a world out of darkness, is unchanging regardless of our actions and (coming back to the thrust of this article) is untethered to time. God created this light, knowing that He would one day use it to describe Himself to us.

Why have we spent so much time on light? Because light speed gives us an understanding of time dilation.

Textbooks and YouTube videos use the helpful example of a man riding a train (we’ll call him Phil), and a man watching Phil from the ground outside the train (Sven). Inside the train, Phil points a flashlight up at a mirror on the ceiling a meter above the flashlight, and the mirror reflects the light straight back down. The light for Phil has traveled two meters total. However, due to the movement of the train, Sven would see the light begin at one point on the tracks, and return further down the line, forming an angle, and thus a greater distance shown by the Pythagorean theorem (a2 + b2 = c2). Within the time the light left the flashlight and returned, both of their watches would read the same amount of time having passed, yet, the light did more for Sven than it did for Phil. Phil’s world is moving faster than Sven’s. Between the same two ticks of a clock, Light traveled farther according to the stationary observer than it did for the observer in motion. The speed of light doesn’t change, so the passage of time must. To sum up, light travels the same speed, within the same segment of time, but at a greater distance. The speed (as explained earlier) doesn’t change, and the distance is proven longer, therefore the time must alter per viewer.

Though this is just a thought experiment, the reality of time dilation is verified in labs on a regular basis. Scientists fire pions in neutrino beams distances immensely farther than their lifespan should allow. This is because at the speeds they fire them, they travel through time a lot slower, and are therefore able to last long enough to get to their destination. (See Fermilab video here).

Perhaps a more comprehensible example would be found in this video showing people back in the seventies flying around the world holding onto atomic clocks, and upon their return finding that less time passed on their clocks than those on earth.” This experiment is by no means isolated.

Now, the same equation used to consistently transport pions over 60 times farther than their lifespan should allow and which accounts for why clocks traveling in airplanes run slower than clocks on the earth’s surface, was also used by Universe Today to determine how far Sergei Krikalev traveled into the future.7 This small unit of time (.02 seconds) may seem like nothing, but it is five times longer than your camera flash, which is possible to wrap one’s head around.

Remember, the first human flight was just 12 seconds long. Now we’re flying loops around the world and into outer space. 0.02 seconds is a small step, but it also demonstrates possibility for the future. Forward time travel is real. Anyone who denies this as being a legitimate method of time travel does not argue with the actuality of time relativity, but with the minuteness of the numbers and our technological inability to go fast enough. If the Wright brothers had accepted those arguments as defeat, we would never have the movie Snakes on a Plane. That’s not a world I want to live in.

This opens up a whole slew of questions like: What about backwards time travel? Why would we travel time? Can we change the past? Is time travel ethically acceptable? Why haven’t we seen travelers from the future? These are not the focus of this article, though they will likely be the focus of articles to come. This article just seeks to express that time travel is always happening. It’s possible through what looks to be a supernatural phenomenon, namely the finite/infinite speed of the first created thing, mixed with natural scientific/mathematic calculations.

The miracle of light illuminates our path into the future.