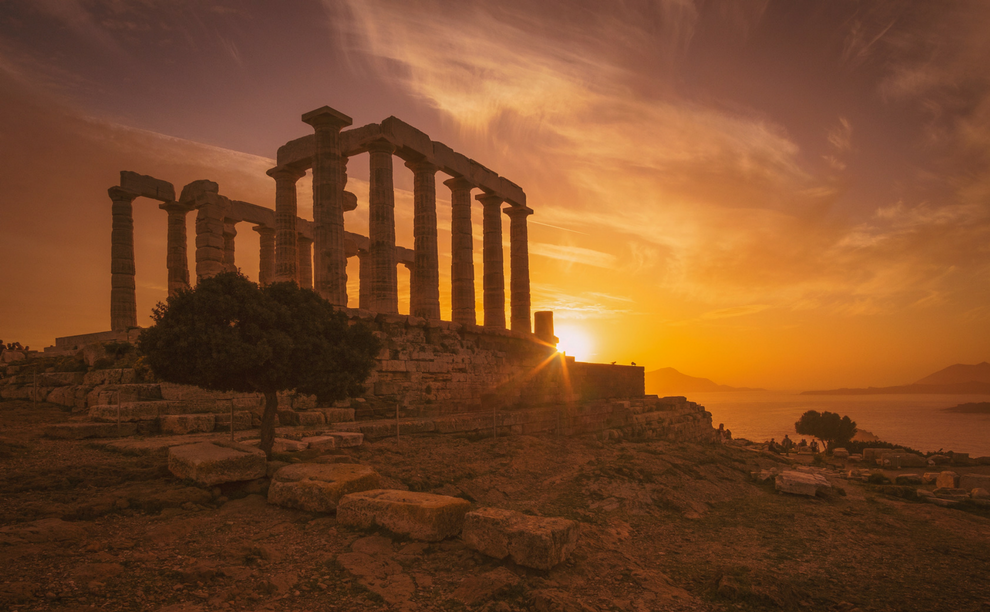 The old world was one filled with gods and spiritual beings. The Greeks had Zeus, Poseidon, Athena, and Hermes. In Mesopotamia, there resided Enlil, Marduk, and Tiamat. The Canaanites worshiped their own gods, including Asherah, Ba’al, and Dagon.

In the modern world, we have consigned these beings to the convenient category of ‘mythology’ and pursued psychological explanations for their origins. This modernist reading of ancient beliefs leaves scholars wondering at the similarities that run so deeply across ancient mythology.2

But what if the gods of the ancient world are more than the ramblings of a primitive people? Reading the Bible leaves us with a picture that is more in line with the ancient world of gods and spiritual beings than the mechanized universe of the modern age.

As I argue in my post on Mt. Hermon and the Transfiguration, the gospel accounts (and the Bible as a whole) present a battle between the true God and the rebellious spiritual forces that had dominion over the Gentile nations. In this article, I want to look closer at one such being – known as Pan – and how the coming of Jesus meant the end of his power.

Pan was primarily recognized by the Greeks, although his influence spread across the Mediterranean into parts of the Near East and Egypt as well. And while most Greek gods have a relatively clear origin and history, tracking down the history of Pan is a much more difficult task.

What we do know of Pan is that he was closely associated with nature and worshiped as the god of pasture, woodlands, flocks, and shepherds. His origin is unclear – during Greece’s classical era, Pan was seen as one of the lesser gods and was the son of Hermes born around the time of the Trojan War.

But not everyone agrees with this history. According to Herodotus,

“The Hellenes [Greeks] believe that Herakles, Dionysos, and Pan are the youngest of the gods. But the Egyptians hold that Pan is the most ancient of these three and belongs to the first group of gods, called ‘The Eight Gods.’” (185)3

Whatever his origin, Pan was a therianthropic being – half man and half goat. His lower body and head was that of a goat, while his torso that of a hairy man. The mingling of man and beast was appropriate, as Pan was a god of wild passions. Thomas Bulfinch describes Pan as “a representation of marginal states of being: extreme lust, madness, fear, divine possession or irrational ‘panic.’” (150)4

Pan and the Old World

As the description by Bulfinch above shows, Pan was truly a creature of the old world. What better picture could there be of what Paul calls the deeds of the flesh: “immorality, impurity, sensuality, idolatry, sorcery, enmities, strife, jealousy, outbursts of anger, disputes, dissensions, factions, envying, drunkenness, carousing, and things like these”? (Gal. 5:19-21)

The wild deeds of Pan were so depraved that Herodotus recounts the story of public intercourse between a woman and a goat in connection with the cult of Pan in Egypt. Herodotus also alludes to more detestable acts that he, typically not one to shy away from the salacious, says he would “prefer not to mention.” (138)5

Truly Pan was the epitome of the old order. However, his wild passions and bestial acts were not enough to drive away his devoted followers. By the time of the second century BC, the worship of Pan had spread to the Near East and an important shrine was built at the base of Mount Hermon. In fact, the nearby city of Caesarea Philippi was once known as Paneas.

Jesus and the Death of Pan

This world, characterized by the wild Pan, was the world into which Jesus was born. And it is the world that was undone through His life, death, and resurrection. Jesus came, not just to bring the possibility of individual salvation, but to free the world from the dominion of oppressive spiritual forces – including Pan and all those like him.

According to the ancient historian Plutarch, Pan died sometime during the reign of Tiberius (14-37 AD). In a work titled The Obsolescence of Oracles, Plutarch recounts the story of a sailor, Thamus, who hears a great voice from across the water saying, “When you come opposite to Palodes, announce that Great Pan is dead.” When Thamus arrives off the coast of Palodes he announces the death of pan and "even before he had finished there was a great cry of lamentation, not of one person, but of many, mingled with exclamations of amazement."6

When Jesus took on flesh and began his mission from the Father, there was no more room in this world for the misdeeds of Pan. And his destruction, perhaps during the transfiguration that occurred next door to his great shrine, resonated across the known world.

Early Christians also picked up this theme. Thomas Bulfinch writes that the early church held that at the coming of Jesus, “a deep groan heard through all the isles of Greece told that the great Pan was dead, and that all the royalty of Olympus was dethroned and the several deities were sent wandering in cold and darkness.” (152-153)7

Into the Modern World

Standing on this side of the death and resurrection, it is easy to scoff at stories of gods and demons. But let us take the admonition of Paul seriously when he says, “Put on the whole armor of God, that you may be able to stand against the wiles of the devil. For we do not wrestle against flesh and blood, but against principalities, against powers, against the rulers of the darkness of this age, against spiritual hosts of wickedness in the heavenly places.” (Eph. 6:11-12)

The goat-like figure of Pan is one that occasionally pops up with those opposed to Christ and his kingdom – among neo-pagans and occultist especially. But Pan has no more power on this earth. Whatever authority he had ended when Jesus inherited the nations through his obedience and willingness to die for his people. Jesus now has “the name which is above every name, that at the name of Jesus every knee should bow, of those in heaven, and of those on earth, and of those under the earth.” (Phil. 2:9-10)

John Milton, in his Hymn of the Nativity, says it well:

“And then at last our bliss
full and perfect is,
but now begins; for from this happy day
th' old Dragon under ground,
in straiter limits bound,
not half so far casts his usurped sway,
and wrath to see his kingdom fail,
swindges the scaly horrour of his foulded tail.”8