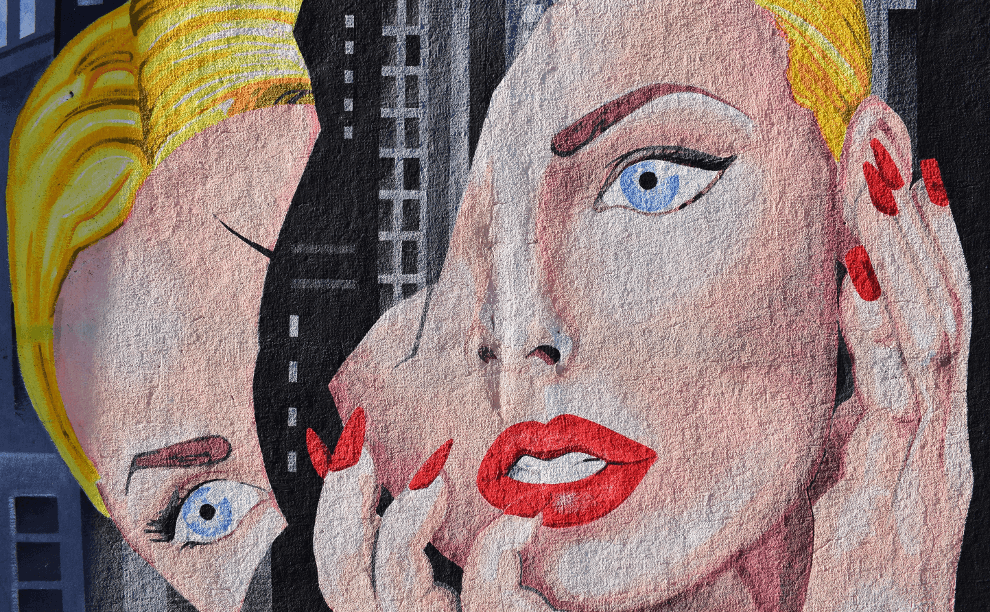 Photo by Chris Barbalis on Unsplash

In my Abnormal Psychology class Dr. Burke started the class by making everyone over twenty raise their hands, and after we had our hands up he declared, “You all, for the next ten to fifteen years, are at prime age to start showing symptoms of every abnormal psychological disorder we will talk about in this class. Let that comfort you.” It was a great way to get the attention of the class and ensure we would all be comparing the symptoms of each condition to our lives. Throughout the semester each disorder would be something someone’s cousin had and they would have this first-hand account and story to explain in more depth what it was like to be a hoarder, have Bi-Polar 2 disorder, or deal with severe OCD. I think in a room of 30 people we all knew someone or had met someone with all of the disorders until we reached the Dissasociative Identity Disorder (Multiple Personality Disorder). No one in the class had it, no one in the class knew of anyone who had it, but we all knew exactly what it was… or so we thought.

The American culture is pretty well briefed on Dissociative Identity Disorder (DID) or Multiple Personality Disorder (MPD). We owe our vast knowledge of this condition to Split, Mr. Robot, Fight Club, Sybil, and The Three Faces of Eve. Each of these films and television shows added a bit to the folklore surrounding DID. Each movie tells its own harrowing tale of someone who exists as themselves, and then not exactly themselves. In Split, the man is totally gone and unaware of what his other personalities are doing. In Fight Club The Narrator is sometimes watching his alternate personality (alter), and other times is completely unaware of what the “alter” is up to. Sybil and The Three Faces of Eve are both based on true stories and are less exaggerated.

The thing that Sybil and The Three Faces of Eve got right is the childhood trauma. They made it very clear that this distortion of personality is due to traumatic violence against them. Commonly people with DID are victims of sexual assault (Tracy, 2018). The description of Dissociative Identity Disorder in the DSM-V is, “Disruption of identity characterized by two or more distinct personality states, which may be described in some cultures as an experience of possession.” The last bit of this description is very interesting to me. In the Stuff You Should Know podcast episode on this disorder Josh and Chuck casually mentioned that demonic possession was likely just a misunderstanding of Dissociative Identity Disorder. But, that doesn’t tell the whole story, this doesn’t explain away real demonic possession or act as evidence for it. DID doesn’t do anything for our lives except inspire film and television, because the reality is far less glamorous than the folklore it has inspired.

Before moving on I would like to make the point that people do suffer from disassociation. This is true and valid, but the circumstances of that disassociation are not what we have been led to believe. The understanding is that a disorder is something that comes about in the brain spontaneously through trauma or something of that nature causing the patient dysfunction in daily life. DID is not this way. It is in some senses a real disorder, but it doesn’t fit with the spontaneous patient dysfunction. The reason DID doesn’t fit is that the disorder seems to be brought about by therapy. It isn’t that the person doesn’t have PTSD or something wrong in their mental faculties, it is that they don’t have multiple persons living in their brain at all (Psychology Today, 2018).

The case of Sybil is a perfect example of how DID can be clinician induced. Sybil’s real name is Shirley Mason and her therapist, Dr. Connie Wilbur, is responsible for Shirley’s DID. It may not have been intentional at first on Dr. Wilbur’s part, but she still should have known better. When Shirley started showing symptoms of DID Dr. Wilbur began asking for and coaxing out new personalities that weren’t presenting on their own. Wilbur had never had a more interesting case and was able to achieve fame and notoriety because of her case of 16 personalities in one poor abused woman. Part of the incentive was Flora Rheta Schreiber had started writing a book about Shirley and she seemed to intentionally punch up some of the details of the case to make the book more massively appealing. They had a deadline to meet and when Wilbur began to see the reality of Shirley’s condition she chose to lie (Neary, 2011). Shirley even confessed to Wilbur that she had been lying for attention, she said,

“I do not really have any multiple personalities. … I do not even have a ‘double.’ … I am all of them. I have been lying in my pretense of them.” – Shirley Mason

Sybil isn’t totally damning to DID, but it does not help its case. Sybil is an incredibly public account exposing how hypnotism and sodium pentothal can allow a therapist to manipulate someone further into mental disorder. Furthermore, there is a lack of evidence and consistency in the psychological community. It seems that if DID is a reality it is very rare.

“In truth, if MPD or DID even exists, it is amazingly rare. In fact, within my professional network, not a single competent therapist I know of has ever seen a legitimate case of DID. Thus never, in my experience, among dozens of clinicians who have provided treatment to literally thousands of clients spanning decades of clinical practice has a single person ever been identified as a bona fide DID sufferer.”
– Clifford Lazerus Ph.D.

Although I enjoy the occasional psychological thriller, I have had a hard time more recently with this disorder. I don’t believe it is real… I do believe people will sometimes have experiences where they lose time or disassociate, but having different personalities in one body doesn’t seem to be very credible. To be clear, It doesn’t seem to be credible repeatable symptoms of a disorder. There is still a history of people acting as if they have multiple people inside them even outside of the Bible. The key is to filter between someone with a mental disorder, and someone with a spiritual possession (Gallagher, 2016).  How do we account for people acting like they have multiple personalities? Dr. Richard Gallagher was trained in psychoanalysis at Columbia and psychiatry at Yale, and he has strangely found himself to be a consultant for exorcisms. He makes sure that the people who claim demonic possession do not have psychological disorders that could explain their symptoms. After years of this work he claims,

I believe I’ve seen the real thing. Assaults upon individuals are classified either as “demonic possessions” or as the slightly more common but less intense attacks usually called “oppressions.” A possessed individual may suddenly, in a type of trance, voice statements of astonishing venom and contempt for religion, while understanding and speaking various foreign languages previously unknown to them. . . . He or she might demonstrate “hidden knowledge” of all sorts of things — like how a stranger’s loved ones died, what secret sins she has committed, even where people are at a given moment. These are skills that cannot be explained except by special psychic or preternatural ability.
– Dr. Richard Gallagher

It isn’t too far fetched to imagine our bodies doing something without our minds being involved. People sleepwalk, blackout while drinking, or have visions and waking dreams. Our bodies and our minds are connected but not always. All humans know what it’s like to do things they do not want to do, but that doesn’t give anyone the right to blame a second person, or alternate personality for our actions. There are circumstances that may contribute to a lack of control, but each is accountable for his or her own deeds, even if they are not exactly themselves.