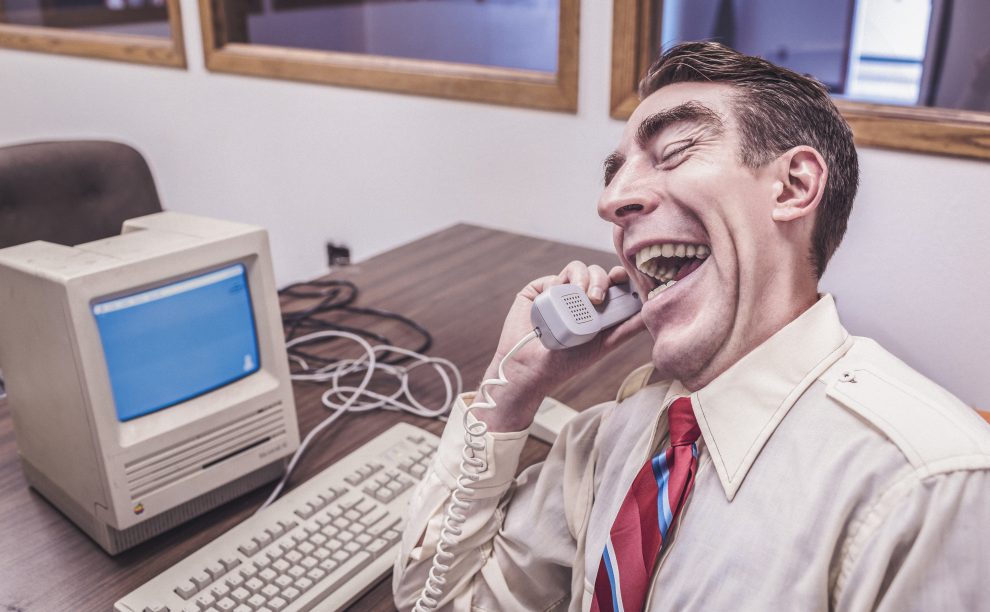 Snobbery, or know-it-all-ism, may not be one of the darkest of all vices, but it surely has its place among the most annoying. To get you feeling annoyed about it, I wanted to come up with a good literary example that incarnates snobbery. I searched several great books so you would be sure to notice that I know-it-all, but nothing fit as well as the character Penelope from Saturday Night Live.

Penelope is a character played by Kristin Wiig whose tag line is “So… just a little better than you.” Even if you haven’t seen it, you know the type. For every story someone shares, they have a better one. Every accomplishment brought up, they are sure to fire back with one just a little better. In one bit, a worker at the soup kitchen shares happily with the group a recent discovery that her ancestors came to America on the Mayflower. Penelope, twirling her hair, jumps in to add that her relatives came on the Aprilflower, so… just a month ahead. In another bit a guy tells Penelope that she is driving him nuts, and she answers that she drives herself nuts, in a little car shaped like a peanut, because she does promotional work for planters. It’s windshield is a monocle. It’s hilarious to us, but by the end of each skit she has driven everyone mad.

I want to call onto the stage a specific species of snobbery here, one C. S. Lewis named “chronological snobbery.” He defines it as “the uncritical acceptance of the intellectual climate common to our own age and the assumption that whatever has gone out of date is on that account discredited” (Lewis, 207).1 We are probably guilty of this more than we think. For example, chronological snobbery may be the backbone of our term “The Dark Ages.” Because we wanted to give the impression that the world was reborn in the renaissance, and the day dawned in the enlightenment, we needed a good name for the age of pitiful plebes that came before. The “Dead Ages” may have seemed a bit on the nose, we settled with “Dark Ages.” What even happened in the dark ages? I think a black plague or something. Everyone was really dumb and sick, a true Hobbesian state of nature. But now the Western world is reborn, we have come into the light. This is the narrative we inherit from today’s modernists.

G. K. Chesterton likewise dismisses those who brag of their philosophy simply because it is the most modern or progressive, saying

The real objection to modernism is simply that it is a form of snobbishness. It is an attempt to crush a rational opponent not by reason, but by some mystery of superiority, by hinting that one is specially up to date… To introduce into philosophical discussions a sneer at a creed’s antiquity is like introducing a sneer at a lady’s age. It is caddish because it is irrelevant. The pure modernist is merely a snob; he cannot bear to be a month behind the fashion.2

So what does all of this have to do with the strange things we address here at Gospel Vision? While chronological snobbery itself isn’t really all that strange, it is something often used to dismiss certain strange things historically. Whether that is an outright dismissal of old stories as myths or fairy tales without careful consideration (think Pied Piper), or the dismissal of old worldviews or cosmologies due to their age (think ancient views of stars), chronological snobbery can blind us to much that is strange and true in what has been handed down to us. I ran into a form of this while doing some research on old Greek stories which we have decided to label as myths. I was reading a fairly standard book on the topic by Edith Hamilton called Mythology and the chronological snobbery was as rich as six feet up a cow’s arteries. See for yourself,

When the stories were being shaped, we are given to understand, little distinction had as yet been made between the real and the unreal. The imagination was vividly alive and not checked by the reason, so that anyone in the woods might see through the trees a fleeing nymph, or bending over a clear pool to drink, behold in the depths a naiad’s face. (13)3

For Christians who read the Bible, even if they haven’t read a wide swath of ancient history, there is a general familiarity with ancient man in the likes of Adam, Noah, Abraham, etc. These are not men who had yet to distinguish between real and make-believe. Adam’s descendants made tents and became ranchers, crafted and played musical instruments, mined and forged tools from metal, and wrote poetry. These are not the activities of people unchecked by reason, inventing magical gods from their unhinged flights of fancy. Hamilton continues,

Of course the Greeks too had their roots in the primeval slime. Of course they too one lived a savage life, ugly and brutal. But what the myths show us is how high they had risen above the ancient filth and fierceness by the time we have any knowledge of them. (14)

The Bible is no stranger to brutality and fierceness. We see sin rotting things out from very early on, but the history of mankind is not a steady climb from savage slime to pristine rationalism; from animal skins to white lab coats. Rather it is from noble image-bearers, to fallen rebels, to a new humanity restored after God's image in the resurrection of Christ. When we read the account of Noah, we don't find a slobbering madman like the caricature presented in the recent Aronofsky movie. Rather we see a righteous man who built a boat that saved the world. As Anton Chekhov once noted, "Noah had three sons, Shem, Ham, and Japheth. Ham only noticed that his father was a drunkard, and completely lost sight of the fact that he was a genius, that he had built an ark and saved the world."4 The quote highlights Noah's genius, but slanders him a bit by calling him a drunkard. We only read of one instance in which he got drunk, and while God never condones drunkenness, if there ever was a time when a guy needed a drink or two it would have been after surviving the apocalypse on a boat full of animals!

We have long been sold a narrative of the big-browed, wife-clubbing caveman. Now we have high brows, club our women emotionally, and live in houses with drawn curtains. So... just a little better. We have been sold a narrative of the brutish dark ages, full of superstition and darkness; now we cut up babies under bright fluorescent lights and sell them for fancy cars. So... just a little better.

As with all deceit, there is some element of truth in chronological snobbery. We do have a dark past, but the darkness is the sin that damages and distorts our original dignity. And we do have a brighter future ahead, if we will trust in Jesus, repent of our sins, and participate in the age to come. In Christ we can even now begin to experience the coming of the true Rennaisance, the true Age of Enlightenment, the eternal Day that will be full of humility and love rather than snobbery and condescension.