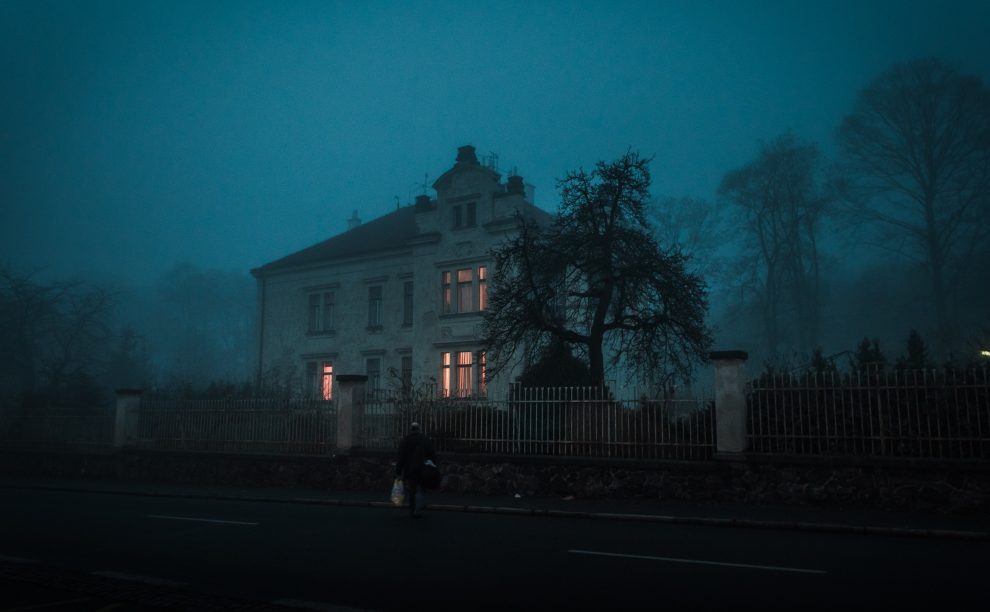 Did you watch the Netflix television series, Stranger Things? It is an immensely popular series that released in November of 2016 and now has a third season in production. 15.8 million people within the United States watched the first episode of its second season within three days of its release—and that doesn’t include the international viewership, which comprises half of Netflix’s customer base.1 The basic foundation of Stranger Things is based upon the Cthulhu mythos created by H. P. Lovecraft nearly ninety years ago; it places his ideas in a modern setting that we can relate to. Many people dismiss Stranger Things as a fictional story, but its mythos and the Cthulhu mythos resemble our reality.

The Foundation of Stranger Things

The existence of another realm alongside our own, such as the “upside-down,” and the presence of unknown and horrifying entities became popular through the works of H. P. Lovecraft. There are works from earlier authors that use similar tropes, but Lovecraft combined them with science fiction and a cosmic helplessness which helped to create the Cthulhu mythos. The Lovecraft stories were adopted into comics in the 1950’s, made into movies, and are a favorite source of themes for tabletop and video games. And then, Stranger Things renewed the hype.

What is the Cthulhu mythos?

Defining the mythos created by Lovecraft is difficult because it was popularized and canonized after his death. S. T. Joshi, venerated as the modern authority on all things Lovecraft, identifies three separate mythos that come from his works: Lovecraftian, Cthulhu, and Derleth. Obviously, the Lovecraftian mythos is drawn directly from his stories. In brief, the Cthulhu mythos is drawn from parallel additions, stories, and styles created by his close friends and literary peers. Lovecraft often collaborated with them and after his death they continued to expand and copy his fictional settings, feelings, and characters. The Derleth mythos heavily focuses on the horrifying monsters and a conflict between good and evil—much more than H. P. Lovecraft ever did. With these distinctions in place, the tenets of each mythos are as follows:

Basic principles of the Lovecraftian mythos

Added principles of the Cthulhu mythos

Added principles of the Derleth mythos

Will you have a horrific run in with Cthulhu? Will you take an unexpected field-trip to the “upside-down?” Strictly speaking, no. There isn’t enough good evidence to support the existence of Cthulhu or the “upside-down” or demogorgons. Will you encounter an unknown and horrifying being? Will you become bodily aware of another realm? Quite possibly.

Lovecraft’s fictional stories came out of his personal experiences. His father spent five years in the hospital for odd behaviors and mental issues before dying there when he was very young. Afterwards he experienced a long financial decline, the death of other prominent family members, the nervous breakdown and eventual death of his mother, and battles with severe depression and many nightmares. Lovecraft believed science could explain the universe and rejected Christianity. All of these things shape his stories.

Ironically, Lovecraft's mythos is close to the biblical account of spiritual beings and the spirit realm. The clearest example of unknown and horrifying beings may come from Ephesians 6:12 which references “rulers, authorities, cosmic powers, ... spiritual forces of evil” within the context of a real and present struggle between those things and humanity. Those terms are not used to reference a holy man, a prophet, a powerful entity of human government, or a deified man because Ephesians 6:12 starts with “For we do not wrestle against flesh and blood.” Therefore, those terms are direct references to beings outside of humanity and they reflect a sort of hierarchy. This is identical to Lovecraft’s loose pantheon of unknown entities.

Later in Ephesians 6 it states, “In all circumstances take up the shield of faith, with which you can extinguish all the flaming darts of the evil one” (Ephesians 6:16), which is part of an extended metaphor used to describe real things. In essence, there is a mysterious being called “the evil one” who is on the attack, though he may not be using literal “flaming darts.” Any foreign act of will can be an attack. For example, consider Cthulhu dissembling the minds of its observers or the actions of the demogorgon and mind-flayer from Stranger Things. Acts 19:13-16 gives account of an evil spirit who has taken possession of a human body to exercise its will and dominates another seven men, clearly demonstrating the existence of beings beyond human control or understanding.

Personal experiences confirm this biblical precedent. There are plenty of modern personal accounts of inexplicable events and terrible beings that fit nicely within the Lovecraftian framework. The people with those experiences aren’t crazy, but the things they have to share sure seem crazy. Do you know of anyone with inexplicable encounters? Do you trust them, at least for things other than their encounters? I know a few, and their stories are chilling--I cant imagine what the real events would have been like.

I firmly believe that we live in or alongside another realm, possibly like the “upside-down,” that holds many horrors I wish to never know. But unlike the Lovecraftian mythos, and like the Derleth mythos, this other realm falls into categories of good and evil according to how its denizens fall into allegiance with God who is the creator of all things. Whether good or evil, all beings of the spiritual realm bring us terror: cherubim, seraphim, angels, or demons.

Will you encounter Cthulhu through a special, hidden portal? Maybe not the Cthulhu of Lovecraftian lore, but you will be impacted by the “rulers, authorities, cosmic powers, ... the spiritual forces of evil in the heavenly places” on a daily basis. I hope to never have a tangible encounter until the second coming of Christ, and I hope the same for you. Until then, we must faithfully rely on God for protection from the evil spirits. At least we have someone to watch over us instead of an empty, indifferent cosmos.

Bryah Jackson is a carpenter, working hard physically and hardly resting. He constantly strives to reconcile theology with sociology, philosophy, literary theory, anthropology, and politics, which stems from his Literature and Creative Writing undergraduate program at Colorado State University. Bryah doesn't shy away from answering or asking hard questions—more of which you can find right here at Gospel Vision.