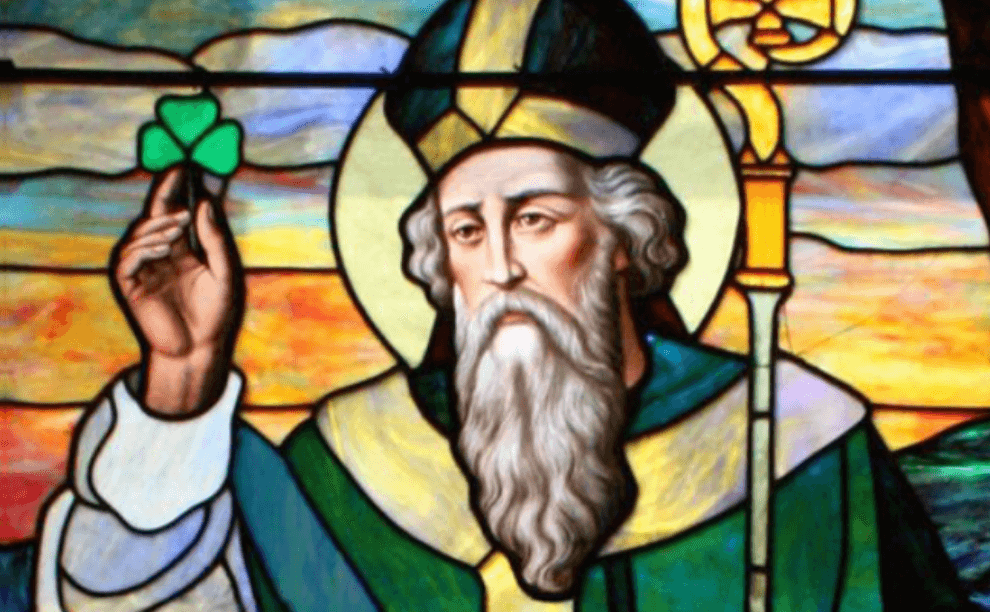 As St. Patrick’s day comes around every year, I always wonder about the history of the great missionary to Ireland. Floating somewhere in the back of my head are vague ideas about slavery, snakes, and druids – but I’ve never put all the pieces together for myself. And as the celebrations around this day continue to devolve into public drunkenness, getting to the bottom of who St. Patrick is seems to only get harder.

The history of Patrick is shrouded in mystery. The vast bulk of what we know comes from a short, autobiographical work known as the Confession of St. Patrick – but this work doesn’t provide more than a brief sketch of his life. Several centuries later, we start to see hagiographic work about the life of Patrick. But these works often seem to border on the fantastical. Sifting fact from fiction in the historical record, developing a distinctively Christian view of history, and the nature of medieval hagiography are all well beyond the scope of this look into the life of Patrick. And so I will present this story without much historical comment and let the reader make those judgments for himself.

Patrick was born in Britain after the withdrawal of Roman rule over the island – most likely during the second half of the 5th century.2 He was no stranger to the Christian religion as the son of a deacon named Calpornius and the grandson of a priest named Potius. However, Patrick did not share the religious dedication of his lineage. Patrick himself describes his young life as lacking faith and characterized by youthful ignorance (Patrick, 2).3

It was during this youthful stage, at about 16 years old, when Patrick was captured by slave raiders from Ireland along with thousands of his countrymen. Patrick spent six years a captive shepherd in the hills of Ireland. As is often the case, this crisis pushed Patrick to the faith of his fathers. While tending sheep in the wilderness, Patrick would pray over 100 times every day as the Spirit burned within him (Patrick, 16).4

At the age of 22, after six years of servitude, Patrick heard a voice telling him that he would soon return to his home (Patrick, 17).5 After many adventures, Patrick finally arrived back at the home of his parents where he was accepted as a long lost son. But God was not done working in the life of Patrick. While at the home of his parents, Patrick had a vision of many letters delivered from Ireland begging him to return and bring the Gospel with him. He heeded the vision and returned to the place that once took him as a slave.

Patrick bravely returned to Ireland to bring the good news to those who were once his captors – and God granted him a rich harvest for his works. His efforts saw widespread conversions – Patrick himself baptized thousands of converts – and churches and monasteries being established all across the island (Patrick, 50).6 But this success was not won without a fight. And the biggest fight came as Patrick celebrated the first Easter in Ireland upon his arrival. It is here that we leave the words of Patrick himself and draw more heavily from later works with disputed historical accuracy.

Muirchu Moccu Machtheni, an 8th-century monk and historian, gives us a detailed account of St. Patrick’s first Easter in Ireland, including a showdown between the druid advisors of the local king and St. Patrick and his followers. The account has no shortage of stranger things.

Patrick choose the plain of Brega to celebrate the great Holiday “because it was there that there was the greatest kingdom among these tribes, the head of all paganism and idolatry; there, in the words of the Psalmist, he would smash the head of the dragon, and for the first time an irresistible wedge would be driven into the head of idolatry with the hammer of brave action joined to faith by the spiritual hands of holy Patrick and his companions. And so it was done” (Machtheni, 1.13).7

Patrick and his men arrived at Brega and there the pagan druids were preparing to celebrate their own feast. As the pagan priests prepared their feast, they issued a decree that no fire was to be lit before the great fire in the king’s palace, on penalty of death. But Patrick, eager to smash the head of the druid serpents, kindled a great Easter fire in plain view of all the kingdom.

The king rode out with his army to confront Patrick and put him to death for his violation of the Druid’s law. When Patrick was called into the king’s presence, one of the pagan priests, confident in their power and authority dared to blaspheme the Holy God. At the rebuke of Patrick, the Druid “was lifted up into the air and fell down again; he hit his brain against a stone, and was smashed to pieces, and died in their presence” (Machtheni, 1.17).8 The power of wicked gods was about to crumple before the power of the Gospel of Jesus Christ, and this priest was the first to fall.

As the Irish king’s army rose to rout Patrick and his followers, a great darkness fell over the land and they made their escape in the confusion.

On Easter day, Patrick returned to the court of the Irish king to continue preaching the Gospel. But again he met resistance at the hands of the Druid priests and again their plans were foiled through divine intervention.

First, they tried to poison Patrick, but the goblet of poisoned drink turned to ice before Patrick could take a drink. Next, the priests challenged Patrick to a test reminiscent of Moses' contest with Pharoah's magicians. The pagans called up a snowstorm, but Patrick vanquished it. The Druids covered the land in a great fog, but Patrick prayed and the sun burned away the fog and Patrick told the priests, “You can do evil and cannot do good. Not so I” (Machtheni, 1.20).9

Finally, they challenged Patrick to one final competition – a trial by fire. Patrick agreed, and like Elijah on Mt. Carmel, he willingly took a great disadvantage. Two buildings were constructed – one of green wood and one of dried wood. A Druid priest entered the green building, while one of Patrick's companions entered the dry building. The two buildings were set on fire and after an hour, they extinguished the fires and looked inside. The Druid and the green building had been consumed by the fire while the dry wood and Patrick's companion remained unharmed.

At this, the king's anger burned even hotter and he sought to kill Patrick. But Patrick prayed and the “wrath of God descended upon the impious people, and many of them died” (Machtheni, 1.20).10

The king finally relented and allowed Patrick to carry on his work of evangelization and Patrick went throughout the country preaching and baptizing in the name of the Father and the Son and the Holy Spirit.

Our modern minds will have trouble accepting much of this story about Patrick and Ireland's first Easter. And that is a good thing. We don't want to overcorrect against the rationalism of the modern age with an uncritical acceptance of Medieval supernaturalism. But there are things in this story of Patrick that we can learn from.

First, we are able to do this work at Gospel Vision because of the work of Christians like Patrick. So many faithful Christians have gone to battle against principalities and powers that we often forget about the existence of the demonic or pagan in the world. We can sit and talk about the defeat of the old gods from a comfortable position because Patrick stood on the plains of Brega and called down God's judgment on rebellious spiritual beings. And so, before we are dismissive, let us be thankful for their bravery and faith.

The second is Patrick's whole-hearted willingness to stand against the enemies of Jesus. Whether the above story is true or not, Patrick surely faced great spiritual resistance as he sought to bring the gospel to a dark place. Reigning authorities – either physical or spiritual – are never eager to give up their grip on power and rarely are they displaced without resistance. As we see in St. Patrick's Breastplate quoted at the beginning of this article, Patrick was ready to face down pagan powers through the power and protection of Jesus Christ and the Holy Trinity.

When even death has been defeated, what enemy shall stand in the way of the gospel? As the Apostle Paul writes in 1 Corinthians 15:58, “Therefore, my beloved brethren, be steadfast, immovable, always abounding in the work of the Lord, knowing that your labor is not in vain in the Lord."