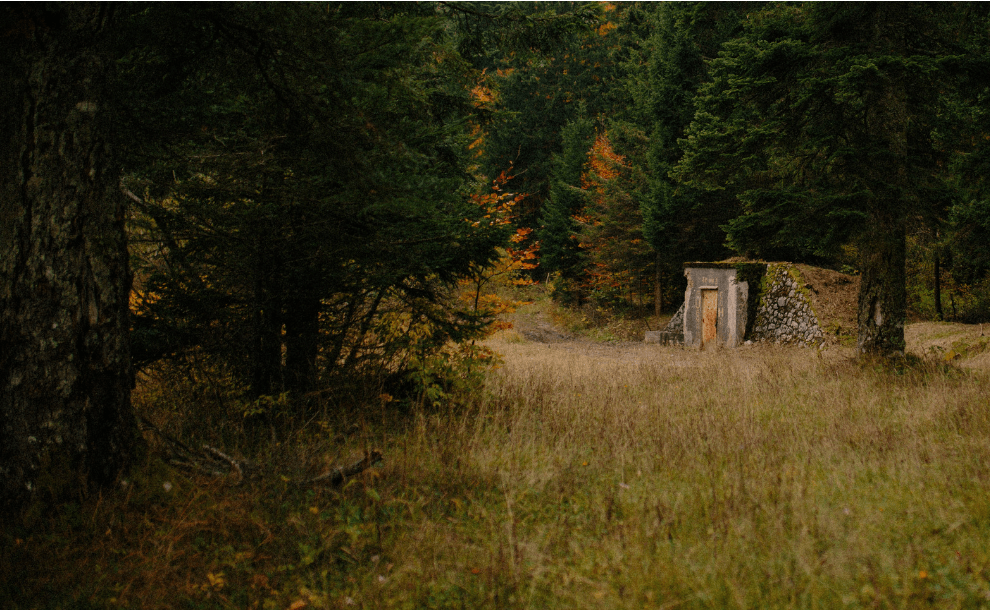 Anyone with even a passing knowledge of history knows that weird, strange, and unusual stories dot the landscape of otherwise mundane dates, rulers, and wars. These stories often get passed along as little breaks from the everyday-ness of historical accounts. But we’re often not sure what to do with these unusual accounts. Are they merely legends told for local amusement? Real events painted over the years with a fantastical brush? Or are they true historical accounts that push the boundaries of what we believe is possible? Before you’re too quick to answer, I want to look at one such event – the arrival of two green-skinned children in the English village of Woolpit in the 12th century.

The middle of the 12th century was a turbulent time in England. The heir to the throne and only legitimate son of King Henry I, William Adelin, drowned in a shipwreck in the English Channel. William’s cousin, Stephen of Blois, takes the throne during a period that will come to be known as The Anarchy. It is a period rich in historical detail (Ken Follet’s The Pillars of the Earth is set during this turbulent time).

But something else happened during the reign of King Stephen that doesn’t involve court intrigue or power struggles at the highest levels. It happened far from the centers of power in the small village of Woolpit.

It was harvest time and the workers were out gathering their crop when they spotted two children climbing out of an ancient wolf pit (as the name would suggest, these were pits used for catching wolves).

Finding two unaccompanied children might not be odd in the surrounds of a 12-century English village. But these were no ordinary children. Twelfth century historian, William of Newburgh describes the children as “a boy and a girl, completely green in their persons, and clad in garments of a strange colour, and unknown materials” emerging from the cave-like wolf pits (Newburgh)1.

These green-hued children were brought to the village of Woolpit and the locals tried to provide them food. But the two children would eat none of the villagers’ food for days and they grew weak from hunger. This continued until they were offered raw beans, fresh from the field. The children fell into the beans and started to regain their health and even lose the green tint of their skin.

Unfortunately, the boy never fully recovered and died shortly after he was administered baptism in the local church. According to William of Newburgh, the girl gradually recovered and soon “differed not in the least from the women of our country” (Newburgh)2. She eventually married and lived a full life, although one report says she was “loose and wanton in her conduct” (Haslam, loc. 235)3.

The surviving girl eventually learned to speak English and the story she told was even stranger than the color of her skin. She and her brother were tending their father’s flock when they found a cave issuing forth the sound of church bells. They followed the sound into the cave and wandered about until they came to an exit and the bright light of the sun. It was there that the villagers found the two children climbing out of a wolf pit.

When asked about the land from which she came, the girl responded, “We are inhabitants of the land of St. Martin, who is regarded with peculiar veneration in the country which gave us birth” (Newburgh)4. She reported that the people of St. Martin’s Land believed in Christ and had built several churches; and that the sun never fully rose in that land. Instead, the people lived in a sort of perpetual twilight except for a “certain luminous country” that could be seen across a great river (Newburgh)5.

Beyond the account of the girl, the mystery of the green children of Woolpit was never solved. But it is reported on the testimony of eyewitnesses and recorded less than fifty years after their appearance in the English countryside.

The story of the green children of Woolpit is strange. The details are sparse and it leaves us with more questions than answers. What is St. Martin's Land? Why did the children have green skin? Should we even take stories like this seriously?

For many, the temptation is to jump to more rational or modern conclusions. The story is merely a work of local folklore. Or it is really a story about immigration and incorporating 'the other.' But whatever the case, it must be the result of the overactive imaginations of a simplistic, pre-modern people.

But even the author of the earliest account anticipated these objections. He wrote, "I was so overwhelmed by the weight of so many and such competent witnesses, that I have been compelled to believe, and wonder over a matter, which I was unable to comprehend, or unravel, by any powers of intellect" (Newburgh)6.

That's not the writing of a superstitious rube. It reads like something that was written today - he investigated the claims, talked with witnesses and weighed the evidence. And in the end, he felt compelled to believe the story to be true.

I'm not suggesting we all need to believe the story of the green children of Woolpit to be true. There are too many unanswered questions for me to settle on a position. What is St. Martin's Land? How does it exist is perpetual twilight? What is the nature of the people living there and how does that square with what we know of God's creation?

But I am suggesting that we be willing to give an honest hearing to even the strange parts of history. Because if we reject everything without an immediate, material explanation, we will end up rejecting parts of the Bible as well. Stories of talking serpents, worldwide floods, and the sun standing still can be difficult to believe. A wide, uncrossable gulf stands between the inspired authors of scripture and William of Newburgh. But a mind closed off to any supernatural event will dismiss one as quickly as the other.