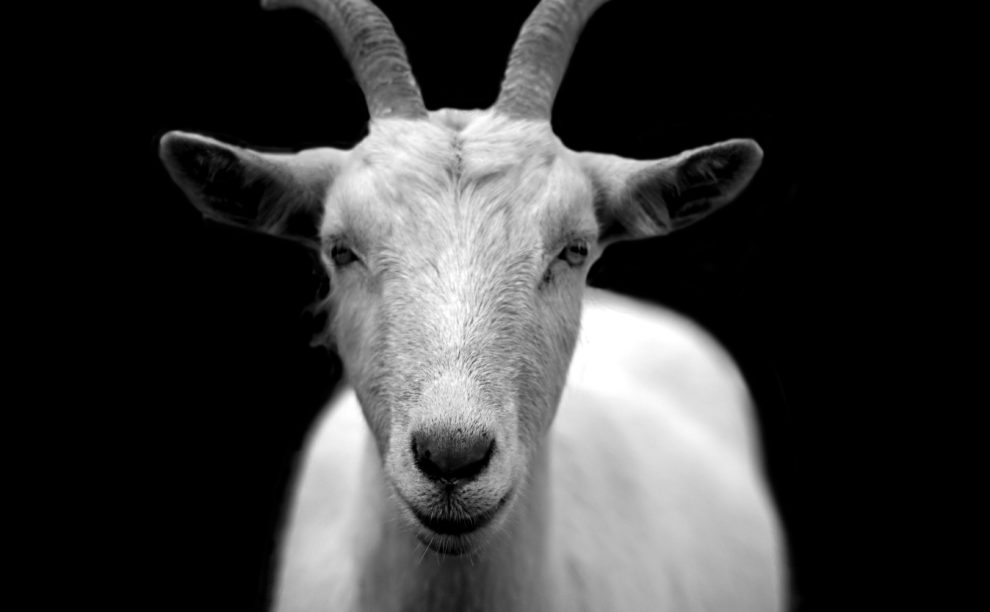 I’m going to do something odd here and recommend an author whose books have proven mostly too difficult for me to read. That said, I’ll provide references to some helpful podcasts and articles in the references link.

Rene Girard was a Frenchman whose career developed in America. He was a literary critic, philosopher, anthropologist, sociologist, and overall intellectual whose influence is likely to grow in the coming decades. So I think it’s a good idea that we get familiar with what he said. Since this is not meant as a biography, really just a primer to some interesting thoughts, let’s jump right into his major contributions.

Having started as a teacher of literature, he more or less stumbled upon a theme he found recurring throughout many great works of literature which he termed mimetic desire. As his thoughts developed, he began to argue that mimetic desire is not merely a literary trope, but can be used to explain human behavior, ancient mythology, and even culture itself.

So what is mimetic desire? It’s essentially the idea that the desires we experience are entirely contingent upon our observation of desire in someone else. These desires are then exacerbated when we see someone obtain the object of desire. The classic example is two toddlers in the same play room. A red car can sit on the floor undisturbed for the first ten minutes of play time, but once one of the toddlers picks it up it becomes the envy of the other toddler. The envy and desire of the second toddler produces a protective desire in the first toddler, and hence conflict ensues.

Girard has no problem expanding this to adolescence, where two boys who are best friends and share nearly everything enter into conflict when one takes interest in a girl, and the other subsequently desires the same girl. The other’s desire is not necessarily because he was attracted to her in the first place, but because he wanted what his friend wanted. He argues the same for fashion; the only reason things become fashionable is because of mimetic desire. And he even extends it into conflicts between nation states, where the reciprocal desire of land, power, influence, or military weaponry is the impetus behind conflicts that can escalate into wars (or, in our modern times, occasional Twitter battles).

What makes Girard’s influence so interesting is the fact that he was a self-professed Christian who claims that the key to unlocking the secrets of the problem of mimetic desire can be found in the Bible. More on this later, but to lend some biblical weight to his argument, I would take us to the Garden. Here, we can see that the fall of mankind was man’s mimetic desire to be gods themselves.

But the serpent said to the woman, “You will not surely die. For God knows that when you eat of it your eyes will be opened, and you will be like God, knowing good and evil.” So when the woman saw that the tree was good for food, and that it was a delight to the eyes, and that the tree was to be desired to make one wise, she took of its fruit and ate, and she also gave some to her husband who was with her, and he ate. (Genesis 3:4-6)

The Scapegoat and Ancient Myths

As mentioned above, mimetic desire inevitably creates conflict. What sets Girard apart is his observation that mimetic desire can actually become more important than the object of desire itself. I’ve listened to him illustrate this from the animal kingdom, where you see two male animals fight over the mating rights to the females, but the conflict grows so intense that even after the females leave the fight continues.

At this point, having been unable to really dive into Girard’s own writing, like a man who underestimated the stairway, we’ll skip a few steps. Girard will make the case that eventually mimetic desire will spread through culture like a virus. If other people’s desires create desire in us, it would make sense that this begins to grow out of control.

What this creates is rivalry. Here’s the great paradox in Girard’s philosophy. The thing that drives people to conflict is not our differences, but our similarities. We fight because we want what other people want. Or, as James would state it, “What causes quarrels and what causes fights among you? Is it not this, that your passions are at war within you? You desire and do not have, so you murder. You covet and cannot obtain, so you fight and quarrel,” (James 4:1-2).

If there’s something I want but can’t get, it must be someone else’s fault. What Girard observes in literature, in ancient myths, and in culture alike is that eventually an entire society will blame one victim as the reason why they haven’t obtained their desire. This could be a single person, or a minority group, or a political rival, but eventually all the pent up rage created by unmet desire gets focused upon a scapegoat. In a moment of cultural catharsis, a lynch mob forms in order to destroy the scapegoat.

This is another interesting thing that sets Girard apart, he believes that most of the religious ritual surrounding ancient myths finds its original grounding in true historical scapegoating events. The religious rituals that evolve around these myths, in his mind, are designed to recapture a moment of unity that an entire culture experienced around the slaughter of someone who, in retrospect, was likely innocent. The design of this recapitulation is to stave off the next potential outburst of mimetic violence and inevitably results in the worship of the victim.

Girard, the Bible, and Today

So I should start by saying I can’t follow Girard all the way. He does a good job demonstrating instances of mimetic rivalry throughout the Bible (Cain and Abel, Joseph and his brothers, David and Saul), but where he takes that grand observation is to merely promote an ethic of non-violence.

Moreover, his philosophy criticizes and contradicts a view of the cross that would include the atonement. His belief is that Christ truly was the God-Man who came to show us the folly of our mimesis and put an end to the lie of substitutionary sacrifice. This simply ignores too much of clear biblical teaching about penal substitutionary atonement (Romans 3:23-25, 2 Corinthians 5:21, Galatians 3:13, 1 John 2:2).

I’m far too ignorant about history to say whether or not Girard’s philosophy can stand up to various and sundry historical events. It certainly helps us in understanding our own personal conflicts, but what I find most compelling is this sense that he has his finger on the pulse of our own times. It explains so much in terms of the power dynamics and leveraging of victimhood that we run into today. And though I can’t square his view of the cross with that of Scripture, he does at least set us on a path that faithful Christians can use to start to preach the gospel to a culture obsessed with victimhood.

Here’s what I mean, take these quotes from The Scapegoat:

Naive persecutors are unaware of what they are doing. Their conscience is too good to deceive their readers systematically, and they present things as they see them.

This is a double edged sword of a statement. For example, many Christians today feel like their worldview is under assault when they hear about the livelihoods of Christians being ruined for not baking a cake, or for making their opinion known on social media. Hence, they feel victimized by popular culture. However, one must recognize two things immediately. First, the “naive persecutor” in the mimetic desire paradigm believes they are the one being victimized by their victim. So when we hear the tolerance buzzsaw off in the distance, we must remember that in their mind they are the victim. And likewise, Christians can’t let the sense of rejection from culture become a reason for actions that make victims out of our fellow citizens by scapegoating them.

Now, are there non-naive persecutors? Of course, but one must recognize that some of the most wicked people in human history were the heroes in the story they told themselves. Mimetic desire has a way of obfuscating what we moderns call “self-awareness.”

So here’s where I want to leave it. We live in times where the victim is the one with cultural power, and hence there are many groups of people vying for the status of true victim. The mimetic desire is for power, the means to gain that power is to imitate each other in our sense of victimhood.

What the gospel does is point all people from all cultures to the only true innocent victim to ever live: the one who could look at a crowd seething with violence and say, “Father, forgive them, they know not what they do,” (Luke 23:34). What the gospel can teach us is that to take upon yourself the role of a victim without using it as a means to gain power is actually the most powerful thing you can do (Philippians 2:6-11). What the gospel gives us is a true model for how we can endure loss of any kind and consider it joy (Philippians 3:8). What the gospel tells us is that power corrupts, and hence the way up is to take the way down. What the gospel reveals to us is a God who puts an end to our need to sacrifice by becoming the sacrifice we truly needed.

Let’s end this little crash course by considering Irenaeus’ description of the martyrs who were taken away to be victimized during his absence from Rome:

The faithful stepped out with a happy smile, wondrous glory and Grace blended on their faces so that even their fetters hung like beautiful ornaments around them and they resembled a bride adorned with golden lace elaborately wrought. They were perfumed also with the sweet savor of Christ so that some people thought they had smeared themselves with worldly perfume.²

The Scapegoat. A conversation with René Girard from Entitled Opinions
https://itunes.apple.com/us/podcast/entitled-opinions-about-life-and-literature/id81415836?mt=2&i=1000007915838

Rene Girard & The Mechanisms of Violence from The Christian Transhumanist Podcast
https://itunes.apple.com/us/podcast/ep-10-adam-ericksen-rene-girard-the-mechanisms-of-violence/id1053762042?i=1000358096497&mt=2

Matt Whitney, easily the least comfortable contributor at gospel.vision, is a microbiologist by training and lay-pastor by sovereign decree. Like any American, he was indoctrinated into the half-hearted modernity and the emotionally legalistic postmodernity of all respectable modern western cultures. By the grace of Jesus he's wandering out of it. A former agnostic (ok, soft atheist), he never found much use for God, marriage, family, or fairy tales. He's now a evangelical believer, husband to a beautiful wife, father to a wonderful daughter, and believer in signs (just not dispensational ones).