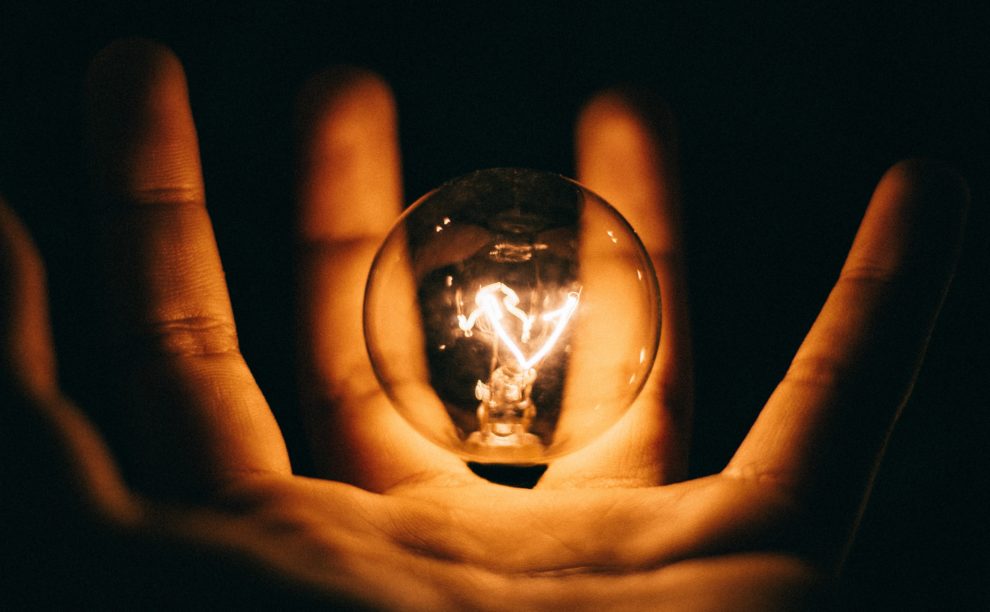 You’ve likely experienced it yourself. Something falls on you. An idea. A revelation. It came from seemingly nowhere, and is more brilliant than your typical ideas. It is a delight, like finding a hundred-dollar bill in an old jacket pocket. Perhaps you are one of those geniuses people talk about.

This strange phenomenon sweeps the globe. People, Christian and not, are struck by something outside themselves. Some otherworldly inspiration drops on them, perhaps in the midst of deep thought and study. Or perhaps out of the blue in the shower.

It can manifest itself in the mere idea of an invention of product or story. Or it can carry one along in poetic lyrics or sermonic structure. I myself experienced this powerfully last time I was studying to preach.

I sat down with limited time at my disposal. I had already done much translation work, but there was much more to be done, and I had only a few hours to do it. I prayed that God would multiply the time, and give me the sermon in power. Moments later I was carried away as the sermon was basically handed to me. I finished the translation, did contextual and word studies, found structure and application, and was personally moved by the subject material profoundly. All of this was done in an impossibly short amount of time, and I found myself out of breath, finished with half an hour to spare. It was like I was caught in a time bubble… as if the laws of physics didn’t apply to me anymore, while inspiration fell from heaven.

This has happened to me before in other ways, not related to sermon preparation (though most often therein).

If you think it a stretch to call things like this ‘strange phenomena’, read the words of Nikola Tesla from his Autobiography.

“In my boyhood I suffered from a peculiar affliction due to the appearance of images, often accompanied by strong flashes of light, which marred the sight of real objects and interfered with my thought and action. They were pictures of things and scenes which I had really seen, never of those I imagined. When a word was spoken to me the image of the object it designated would present itself vividly to my vision and sometimes I was quite unable to distinguish whether what I saw was tangible or not… None of the students of psychology or physiology whom I have consulted could ever explain satisfactorily these phenomena… They certainly were no hallucinations such as are produced in diseased and anguished minds, for in other respects I was normal and composed… To free myself of these tormenting appearances, I tried to concentrate my mind on something else I had seen, and in this way I would often obtain temporary relief; but in order to get it I had to conjure continuously new images… Then I instinctively commenced to make excursions beyond the limits of the small world of which I had knowledge, and I saw new scenes… This I did constantly until I was about seventeen when my thoughts turned seriously to invention. Then I observed to my delight that I could visualize with the greatest facility. I needed no models, drawings or experiments. I could picture them all as real in my mind.” 1

With this, he was able to run trials and experiments in front of his eyes without picking up a wrench. This led him to save intense amounts of time and money, and fathom a screen that showed any image you could imagine, much like the screen you are looking at now.

He said in twenty years, not once did an experiment work in his mind, and not in reality. Not once.

This is an extreme example, but it shows the extreme levels divine inspiration can reach. The inventions and musings of Tesla severely shaped the electrical world. These supernatural abilities just serendipitously happened to him. He will even say that these aren’t explainable.

Plato called this overwhelming of inspiration ‘divine madness’, or ‘divine frenzy’. “There is also a third kind of madness,” he said, “which is possession by the Muses, enters into a delicate and virgin soul, and there inspiring frenzy, awakens lyric…”2

These ‘Muses’ are not lovers, or sunsets, but the goddesses of art and sciences; daughters of Zeus. Even Plato saw that there must be a supernatural being overcoming him, working through him in his most effective moments.

He says, “If anyone comes to the gates of poetry and expects to become an adequate poet by acquiring expert knowledge of the subject without the Muses’ madness, he will fail, and his self-controlled verses will be eclipsed by the poetry of men who have been driven out of their minds.”3

Think of it, the greatest devices and achievements of our time have been done by those we dub 'genius'. We think there is something special and peculiar about these people, because of their advanced intellect, but also because ideas are able to occur to them more profoundly than others.

A quick google search will show you that the word Genius comes from the Latin word gignere, later genius which means to have an "attendant spirit present from one's birth."4 This is also where we get our word 'genie.' Historically certain people were considered to have spirits tutoring them and inspiring them, causing them to grow in 'genius' and shape the world in grand ways.

Medieval scholar C. S. Lewis explains it this way, "Some [daemons, which Lewis describes as morally neutral spirit beings between angels and men], such as Sleep and Love, were never human. From this class an individual daemon (or genius, the standard Latin translation of daemon) is allotted to each human being as his ' witness and guardian' through life. It would detain us too long here to trace the steps whereby a man's genius, from being an invisible, personal, and external attendant, became his true self, and then his cast of mind, and finally (among the Romantics) his literary or artistic gifts."5 He explains this idea further in the book, The Discarded Image, which I recommend for further reading. But effectively, the idea of genius has shifted historically from being considered a spirit to a part of a person's personality.

We know that the Holy Spirit not only helps people spiritually, but intellectually and skillfully. Moses said to the people of Israel, "See, the Lord has called by name Bezalel the son of Uri, son of Hur, of the tribe of Judah; and he has filled him with the Spirit of God, with skill, with intelligence, with knowledge, and with all craftsmanship," (Ex 35:30-31). So, to understand genius as coming from the Spirit of God is not a stretch. "For the Lord gives wisdom; from his mouth come knowledge and understanding," (Prov 2:6).

This would not be the place to overgeneralize. We know that God gave us intelligence and creativity as he made us to image him. We also know that evil spirits can also teach, guide and instruct. Paul says, "Now the Spirit expressly says that in later times some will depart from the faith by devoting themselves to deceitful spirits and teachings of demons," (1 Tim 4:1). Certainly diabolical genius should not be quickly attributed to the Holy Spirit. Nor should we think that any brilliant strike of inspiration is God's Word on par with scripture.

So, to say that all thoughts of all people are miracles of supernatural proportions would be too much. But so would it be, to see a surprising idea or a flight of "pure inspiration" as anything less than just that, inspiration. A gift from one spirit or another. How the idea lines up with the Scripture that God gave to men "as they were carried along by the Holy Spirit," (2 Pet 1:21), will certainly help determine which spirit is the one doing the inspiring. I think we'll find that the Holy Spirit is at work a lot, even in the minds of unbelievers.

It is important to give credit to whom credit is due. To diminish the spiritual nature of genius, whether it be in the arts or the sciences, would be to shield our eyes from the light of God's sovereignty shining on His world. Let us pray that God continues to inspire us in this new year.