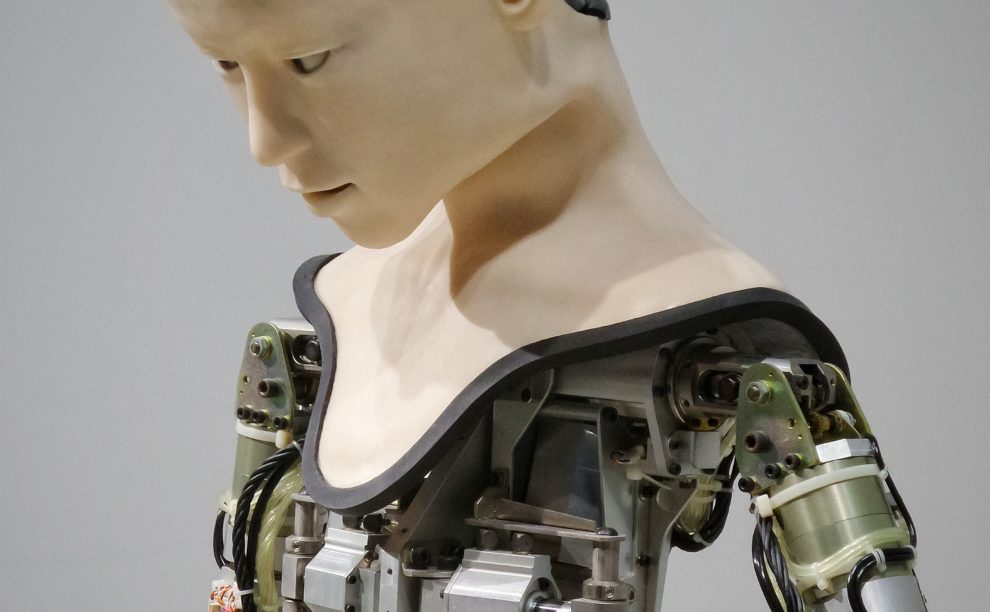 Photo by Franck V. on Unsplash

The 2045 Initiative is taking a bold stance on who you are and what makes you human. According to their website they would like to initiate a new form of humanity by uploading human consciousness into a robot body providing the being with immortality. Think about how great it would be to be free of your flesh. You could probably reprogram your own mind to think about things differently. You could conceivably live eternally or at least until you no longer desire life. You would have greater perspective and be able to think more longterm. No more disease, no more death, no more violence. That is what the 2045 initiative offers, and they are not the only ones considering this.

“ People never die because the Angel of Death comes, they die because their heart stops pumping, or because an artery is clogged, or because cancerous cells are spreading in the liver or somewhere. These are all technical problems, and in essence, they should have some technical solution. And this way of thinking is now becoming very dominant in scientific circles, and also among the ultra-rich who have come to understand that, wait a minute, something is happening here. For the first time in history, if I’m rich enough, maybe I don’t have to die.”  – Yuval Noah Harari, 2015

Harari is not a scientist but a historian. He does not presume this to happen in our lifetime, but thinks it is eventually feasible to cheat death.

The quest for eternal life has seemed to miss what makes humanity human. The 2045 Initiative is operating under an unstated presupposition that humans are their thoughts. If they can recreate a type of body and the synapses of a brain then they can recreate you because you would have your thoughts and agency to express them. This is, to them, the whole of man “I think, therefore I am.” A host of scientists completely discount the idea of a soul or something beyond evolutionary biological processes significantly contributing to what makes a person. (Dean, 2007)

So, is any of this feasible? Can we really cheat death in this life through worldly processes, and should we hope that these efforts succeed?

God will not allow man to have eternal life apart from the restorative work of Jesus (Genesis 3:19, Romans 6:23, Genesis 6:3). There is a biblical precedent for God limiting the advancement of mankind because of their directly disobedient pursuits. That precedent is established at the Tower of Babel.

“Then they said, “Come, let us build ourselves a city and a tower with its top in the heavens, and let us make a name for ourselves, lest we be dispersed over the face of the whole earth.” [5] And the LORD came down to see the city and the tower, which the children of man had built. [6] And the LORD said, “Behold, they are one people, and they have all one language, and this is only the beginning of what they will do. And nothing that they propose to do will now be impossible for them. [7] Come, let us go down and there confuse their language, so that they may not understand one another’s speech.” Genesis 11:4-7 (ESV)

Man will not cheat death, and this precedent allows us to breathe a bit and remember the plans of God will not be thwarted. There is no need to be concerned that we will find eternal life apart form the Giver of life. These people wanted to make a name for themselves and forsake their responsibility to fill the earth, thus God stopped them. In the video of the 2045 Initiative (found here) the language echos  “let us make a name for ourselves.”

What Makes A Human

The plants, beasts, fish, and birds are all made according to their kind, but the Man and Woman are made according to the likeness of God. “Then God said, ‘Let Us make man in Our image, according to Our likeness;…’” (Genesis 1:26, NASB). The distinction between Mankind and animals is very clear in the creation narrative and I would say very clear in the whole history of the world. Humans are clearly at the top of the food chain, however if we were to take on an apex predator without weapons we are likely to lose. Imagine a human vs. lion, or human vs. shark, and ask “why we are the apex?” The Bible claims there is something about all life but particularly human life that makes it more complicated than meaningless matter in motion and more complicated than merely our thoughts.

Humans are made up of heart, soul, mind, and strength (Mark 12:30). That verse alone doesn’t necessarily mean humans have four parts. Heart and soul could conceivably be the same thing as well as mind and strength, these could be expressing the physicality and spirituality of a human. Some Christians believe that there are three parts to a human as listed in 1 Thessalonians 5:23, soul, body and spirit. Others take God making Adam from dust then breathing in the spirit to indicate a bi-part man rather than tri-part man. Regardless, the Bible defines a human as a physical body and something beyond our physical being that exists as us. It is not naive to believe in a soul. It is not observable yet, which keeps it out of the scientific realm but that doesn’t make it false. The scientific method is really helpful but it is silly to pretend that Francis Bacon figured out the secret to unlock the universe in 1621 (Harris, 2008).

Why Not Separate From our Body

Assuming we have a soul it may seem nice to try to transfer that soul into something a bit more durable than the human body, but despite the image of disembodied spirits floating in heaven, the Bible doesn’t treat body-soul separation as a good thing. The cloudy spiritual depiction of heaven is artistic at best and sinister at worst. In the book of Revelation the saints that are disembodied are not happy about it (Revelation 6:9-11). They cry out to God to bring the judgment day. The depiction is people biding their time with rest and petition to God before he judges the wicked and brings about new creation. Despite being in the rest of Jesus they are not in the “New Creation” they aren’t yet complete and are still lacking. Humans without bodies are not complete, and as Christians we shouldn’t long for life apart from our body because we are our bodies. We are also immaterial spirit or soul but one truth doesn’t negate the next. The Bible doesn’t describe your body as a shell for you to live in but as actually part of who you are.

You are you. You are designed by God in his Image. If you would like to think of your being as anything less then that then I have to sincerely ask… who do you think you are?