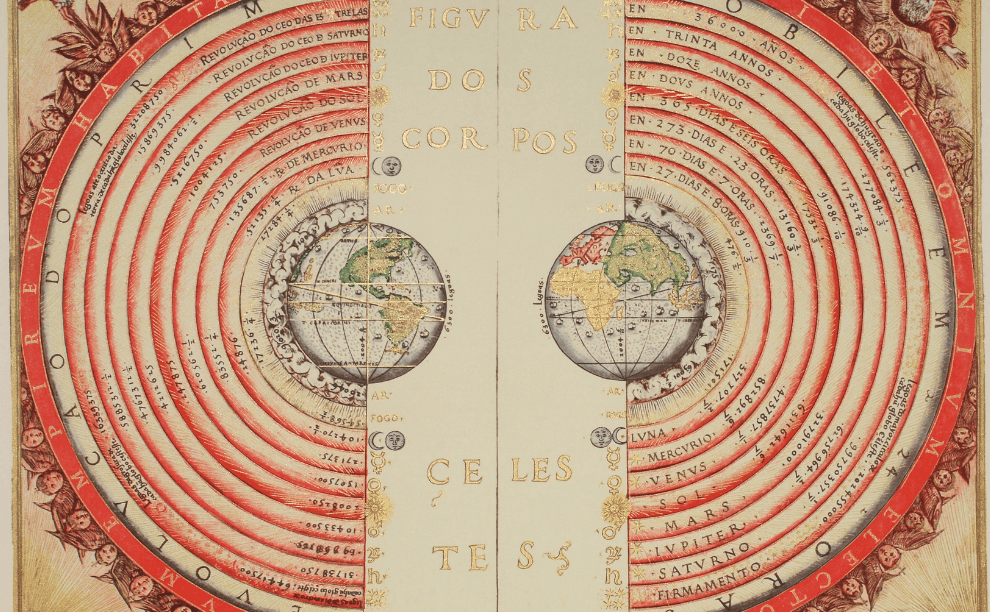 I have always loved CS Lewis’ Chronicles of Narnia. My earliest literary memory is of hearing The Voyage of the Dawn Treader read to me at bedtime (which, I’m assuming, means the first two books sailed right over my young head). From the time I could read the series for myself, I have worked through the seven Chronicles at least a dozen times. For many years, it was my practice to read through them once a year. And so when I heard of Michael Ward’s book, Planet Narnia, I knew it was something I needed to read – even if I was ten years removed from the publication date.

However, it was a book I approached with no shortage of skepticism. This stemmed from a few sources: my guard was up for any Narnia-related works after the Andrew Adamson/Walden Media film adaptations blundered through the first three works of the series. And Ward published a less scholarly version of the book titled The Narnia Code. My mind raced to The Da Vinci Code and out-there Bible numerology. I was hoping to be spared wacky conspiracy theories or Kabbalah-esque mysticism. Further adding to my skepticism, the cover artwork of The Narnia Code looked as if it was pulled straight from the Adamson feature film.

But my skepticism was entirely unfounded. Rather than a Dan Brown conspiracy, Michael Ward puts forth an argument that is both clearly presented and exhaustive in detail. While the title, Planet Narnia shows the Narnian focus of the work, it is much broader than that. The book is subtitled ‘The Seven Heavens in the Imagination of CS Lewis’ and that gets closer to capturing the scope of this book. Ward covers everything from the Chronicles and the Space Trilogy to Lewis’ poetry and scholarly work. Planet Narnia is truly an impressive work of Lewis scholarship.

The main thesis of Planet Narnia is straightforward: “the images Lewis associated with the seven planets underlie the Narnia Chronicles, determining the basic plot of each story, countless points of ornamental detail, and, most significantly (from the theological point of view), the presentation of the Christotypical figure of Aslan.” (223)

Lewis was steeped in the medieval worldview – and so when he talks of the seven planets it is not the typical planets we associate with the solar system (Mercury, Venus, Earth, Mars, Jupiter, Saturn, Uranus, and Neptune) but rather the planets as understood in the Ptolemaic and geocentric model of the pre-modern world. And so the seven planets of Lewis’ imagination are the Moon, Mercury, Venus, the Sun, Mars, Jupiter, and Saturn.

I won’t go into detail about each planet and its corresponding Chronicle because that would spoil much of the enjoyment found in reading Planet Narnia. But hopefully a brief overview will spark some interest:

Ward dedicates a chapter to each planet in which he works through Lewis’ poetry, scholarship, and other fiction before turning his attention to the corresponding Chronicle. In structuring the book in this way, Ward provides not just a glimpse into the imaginative universe of Lewis, but also an overview of the medieval view of the cosmos – made accessible through familiar stories.

Each chapter is brimming with both information and insight into Lewis and his work. From the obvious connections (for example, in the third Chronicle the characters travel to the sunlit lands of the Eastern Sea) to the obscure (the regular appearance of twins in The Horse and His Boy and their connection to Mercury), Ward argues a convincing case throughout the work.

Ward, building on Lewis and others, makes a distinction between enjoyment and contemplation (17). Both are valuable means of examining an object (or text), but they yield different results. When we read the Chronicles, we are enjoying them, inhabiting their world, and coming under their influence. Even if we are unaware of the structuring idea behind the Chronicles, the joviality of The Lion, the Witch, and the Wardrobe inspires us, the martial aspects of Prince Caspian move us, the “Moon's drenching, drizzling, dewey effects” (127) in The Silver Chair shapes our mood.

In addition to enjoyment, there is also contemplation. This comes when we stand back and examine the text from the outside. The Chronicles have long frustrated attempts to contemplate them in this fashion. They seem to mix and match mythologies (much to Tolkien's dismay) while the mood and tone shift from volume to volume. But Ward convincingly shows that, far from a mishmash of ideas and images, the Chronicles are unified by their embodiment of medieval cosmology. And his book results in the delightful experience of contemplating something I have long enjoyed.

While the bulk of the book is dedicated to tracing the planetary influence on the Chronicles, Ward also seeks to answer two other questions: “What was it that first moved Lewis to write in this way?” (214) and why “have the books become such popular favourites?” (223)

Two of the final three chapters of Planet Narnia are dedicated to answering these questions. While these chapters do provide some insight into the world of Lewis, they seem misplaced in the overall flow of the work. Ward has just spent seven chapters digging deep into the fascinating imaginative world of CS Lewis only to pull us back to a more philosophical and historical look at the context in which Lewis worked. I was left wishing that those questions were addressed first so that the book could end where the Chronicles do, with a cry of further up and further in!

A Word on Astrology

I won't attempt to tackle the subject of astrology in this short review, but we can't talk about the spiritual influence of planets and constellations without at least mentioning it. In today's world, any discussion of planetary influences is relegated to newspaper horoscopes and shady fortune-tellers. But it was not always that way.

The medieval thinker, for better or worse, had no trouble holding their Christian faith and the spiritual influence of planets at the same time. Instead, the ancient understanding of the heavens was Christianized – making what was once worshiped into servants of the one true God, much like the Oyarsa of the Space Trilogy serve as agents of the great Maleldil. For Lewis, this medieval view was more compelling and beautiful than the modern, heliocentric model. As Ward writes, Lewis was, “ever aiming to undermine the long reaction against medieval conventions.” (164)

This is not to say that Lewis believed the geocentric model to be scientifically true – but that it provided greater explanatory and literary power than the modern alternative. The planets themselves serve as a sort of archetype that helps us to understand both ourselves and God. In that sense they provide, at the least, a more time-tested tool than the modern fads of personality tests such as the Enneagram.

Planet Narnia makes a compelling case for its thesis and I am excited to take another trip through the Chronicles with these ideas in mind. But beyond enjoying all things Narnia-related, the book also serves as a crash course in medieval cosmology, which is valuable in its own right.

Perhaps the most surprising thing about Planet Narnia is its Lewisian character. It is not a dry work of scholarship, but a lively experience that at varying times delighted, moved, and encouraged me.