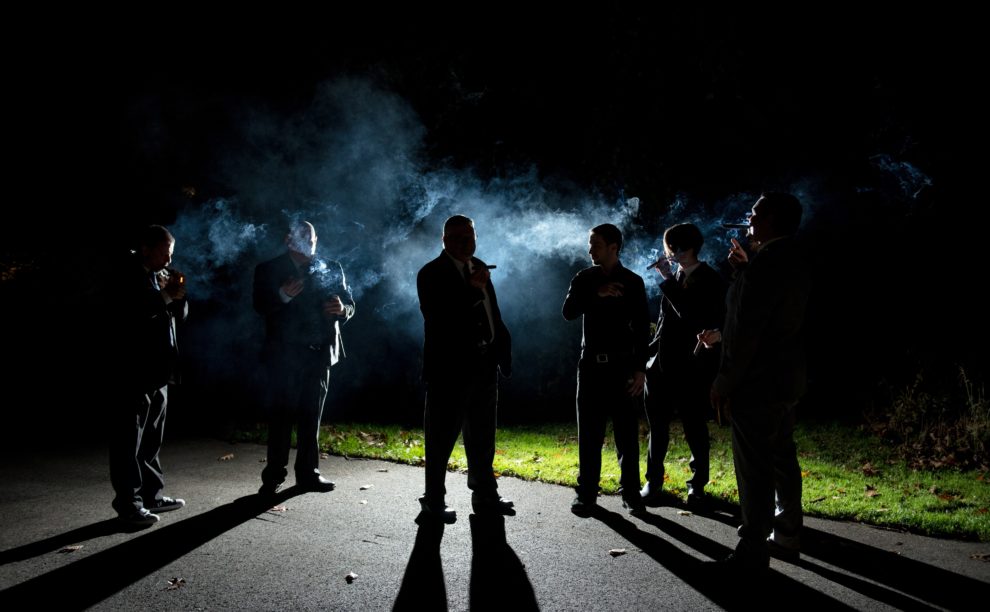 A group of powerful men sit in a smoke filled room conspiring together, pulling the strings of the grotesquely dancing marionette that is modern society. Whether they are doping up the populace with chemtrails, running networks of human trafficking through pizza joints, staging fake tragedies for political control, or planning occultish rituals in secret groves isn’t really the issue. The point is that many are worried about the mere existence of a group of people who are conspiring together to control the masses, to thwart what God is doing on the Earth, advancing their dark agendas behind closed doors. And the fear this induces can lead many to dark places of suspicion and anxiety with no recourse for action. Does God give any direction for these kinds of concerns? How does he think of them? How should Christians think of conspiracies?

Without legitimizing any of the above mentioned conspiracy theories, most reasonable people can agree that people do conspire, and sometimes powerful people conspire. Whether that is the Axis powers of WWII or the recently unmasked sexual scandals deeply entrenched in the power structures of the Roman Catholic Church, we see the fruits of the old saying that power tends to corrupt and ultimate power tends to corrupt ultimately. Christians should be slow to adopt conspiracy theories, as God warned Israel during the Assyrian invasion saying, “Do not call conspiracy all that this people calls conspiracy, and do not fear what they fear, nor be in dread. But Yahweh of hosts, him you shall honor as holy. Let him be your fear, and let him be your dread” (Isaiah 8:12-13). Now, while this leads us to be skeptical about the latest conspiracy theory, we don’t need to deny their general existence. The Bible acknowledges that powerful people do at times conspire. Notice Psalm 2,

Why do the nations rage

and the peoples plot in vain?

The kings of the earth set themselves,

and the rulers take counsel together,

against the Lord and against his Anointed, saying,

‘Let us burst their bonds apart

The idea of conspiracy is surely there in the language of the above passage with peoples plotting, kings setting themselves, and rulers taking counsel. It is worth noting that several Hebrew lexicons gloss the word translated above as “take counsel” with the word “conspire.” Kings and nations are conspiring together against Yahweh and against his Anointed, which is to say, his Messiah. Now none of this suggests anything whatever about the reality of chemtrails or inside government catastrophes, but it does demonstrate that powerful people plot. What we want to ask next is, what does God think of these conspiracies?

What God Thinks About Conspiracies

Kings and nations are gathered in a (possibly smoky) room against God and his Messiah. What is God thinking, is he worried? Is he concerned? Is he obsessed? No, he who sits in the heavens is laughing and mocking the conspirators. “He who sits in the heavens laughs; the Lord holds them in derision” (Psalm 2:4). Conspiracies are not a threat to the God who sits in the heavens. Those who gather against him are like the Dufflepuds in the Voyage of the Dawn Treader (let the reader understand). They are like a small group of fluffy bunny rabbits scheming to take over your house.  If they were a bit less sinister, you might even think their plans were kind of cute.

But after laughing, God will address the conspirators with a more serious response, “Then he will speak to them in his wrath, and terrify them in his fury, saying…” (Psalm 2:5). When the wrath and fury of slow-to-anger Yahweh come against conspiratorial kings, they will not be able to stand. And his answer to the conspiring kings is Jesus:

‘As for me, I have set my King

I will tell of the decree:

The Lord said to me, ‘You are my Son;

today I have begotten you.

Ask of me, and I will make the nations your heritage,

and the ends of the earth your possession.

You shall break them with a rod of iron

God doesn’t sound scared. His answer is the kingdom of God, the arrival of Jesus to receive all authority in heaven and on earth. His answer is King Jesus to bind the strong man and plunder his house, conspiring kings shutting their mouths because of him.

Many Evangelicals today will wonder, isn’t God gracious? Isn’t he kind? What is all this talk of wrath and fury and dashing kings to pieces? God is mighty, and he does offer gracious terms of peace, even to the treacherous rulers. What a generous God!

be warned, O rulers of the earth.

Serve the Lord with fear,

and rejoice with trembling.

lest he be angry, and you perish in the way,

for his wrath is quickly kindled.

What We Should Think About Conspiracies

All those who are in Christ by faith are citizens of the kingdom of Christ, we are the inheritance of Jesus from the nations. The King of Psalm 2 is our King, and he has promised to be with us always as he sends us into the nations to baptize them and to teach them to do everything he commanded. God is personally with us in the person of his Spirit of power. God laughs at high level conspiracies, do you? God mercifully offers conspiring kings and nations the ability to bow and kiss Christ while they still can, to take refuge in him. Do you make this same offer? Who is your fear and who is your dread? The dufflepuds? The fuzzy rabbit conspiracy? Or the One who sits in the heavens and laughs and sets his King on Zion his holy hill? The Kingdom of God is coming, Christ will return with everlasting life in his hand and destroy all his enemies with the breath of his mouth. Don’t fear, don’t obsess, don’t fret. Trust God, laugh, and call everyone to accept King Jesus’ kind offer of mercy while the day of salvation is at hand.